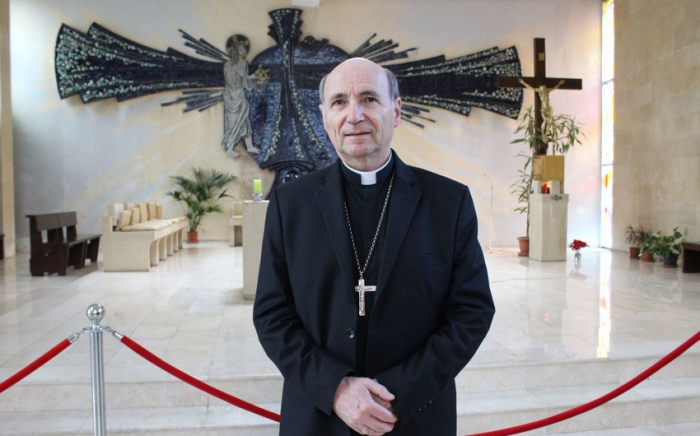 "Azerbaijan is my second home," Ordinary of the Roman Catholic Church's Apostolic Prefecture in Azerbaijan Vladimir Fekete said in his interview to the Italian media "İl Faro di Roma".

Vladimir Fekete also said: "Ethnic groups in Azerbaijan have great national pride with healthy patriotism. Multiculturalism, religions and policy of equality and tolerance among ethnic groups exist in this secular country, where the majority of the population is Muslim. No ethnic group feels segregation. People love to speak with foreigners and exchange views."

In his interview, Vladimir Fekete also spoke about his relations with our ambassadors to Vatican, the cooperation between the Heydar Aliyev Foundation and Vatican and the renewal of projects in the field of culture between the sides.

"During my visits to foreign countries,people give me questions about religious freedom in Azerbaijan and the relationship between people and religions. I hold a dialogue with people interested in this country. In such cases, I invite them to visit this country,"Fekete also noted.