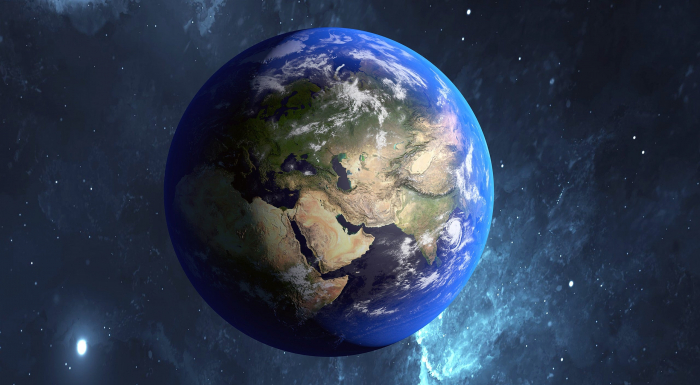 4.5 billion years ago, when the Solar System was still forming, particles from our Sun's solar wind probably got caught up in the core of Earth as it assembled from space rubble.

That's the conclusion scientists have drawn after analysing an iron meteorite and finding an excess of noble gases with isotope ratios consistent with solar wind. Since iron meteorites are thought to be analogous to planetary core formation, this suggests similar abundances ought to have been included in Earth's core.

The meteorite, named Washington County for the place it was found back in 1927, is a rare one. Of all the space rocks that fall to Earth, roughly only 5 percent of the ones we retrieve are made of iron.

Based on our understanding of planet formation, these iron meteorites are interpreted as the cores of failed planets.

Planets are thought to form when their stars are very young - possibly even at the same time as the star is still forming - and are orbited by a swirling thick cloud of dust and gas. Dust and pebbles in this cloud start to collide and stick together: first electrostatically, then gravitationally as the object grows more massive and can attract more material. These objects are basically planet 'seeds', or planetesimals.

As planetesimals grow, they become hot and a bit molten, allowing material to move around. Core differentiation is the process whereby denser material sinks inwards towards the center of the object while less dense material rises outwards.

For this reason, planetary scientists study iron meteorites to better understand the formation of our own planet, which has a dense iron core. And the Washington County iron meteorite has been known for some time to be special.

Scientists first discovered that it seemed to contain unusual isotopes of the noble gases helium and neon back in the 1960s, and researchers have been intrigued by it ever since.

Initially, the gases were thought to be cosmogenic in origin - that is, generated by interactions with galactic cosmic rays to which the iron meteoroid was exposed during billions of years in space.

Then, in the 1980s, astronomers found the ratios to be more consistent with solar wind isotope ratios. Now, a team led by cosmochemist Manfred Vogt of the University of Heidelberg in Germany has confirmed it.

Using noble gas mass spectrometry, they have positively identified that some of the isotope ratios of neon and helium found in the Washington County meteorite are much more consistent with a solar wind rather than a cosmogenic origin.

"The measurements had to be extraordinarily accurate and precise to differentiate the solar signatures from the dominant cosmogenic noble gases and atmospheric contamination," Vogt explained.

Extrapolating the meteorite to planetary cores, the team concluded it was possible that similar solar wind particles had been captured by Earth's forming core, and dissolved into the liquid metal. Interestingly, observational evidence supports this conclusion.

Solar isotopes of helium and neon can also be found in the igneous rock of oceanic islands. At least some of these oceanic basalts are sourced from deep mantle plumes thought to extend as far down as the core-mantle boundary, around 2,900 kilometers (1,800 miles) deep.

"We always wondered why such different gas signatures could exist at all in a slowly albeit constantly convecting mantle," explained cosmochemist Mario Trieloff of the University of Heidelberg.

According to the team's calculations, the observed mantle abundances of solar neon and helium isotopes wouldn't require huge amounts of material similar to the Washington County meteorite. If just 1 to 2 percent of the core had a similar composition, this could explain what Trieloff and his team have observed.

Given how turbulent conditions would have been during the Solar System's formation, and how wild the Sun, it's perhaps not surprising that solar particles would get mixed up in everything.

But the fact those particles might be seeping out of the core and into the mantle is surprising, and suggests we may need to factor a leaky core in future research and modeling, the researchers said.

"For our planet, this may offer a new solution for problems associated with keeping different mantle regimes with distinct noble gas signatures, by fluxing individual reservoirs from the underlying core," they wrote in their paper.

"At the same time, this would imply a considerable - previously neglected - active role of Earth's core in mantle geochemistry and volatile geodynamics, which should be integrated into future studies."

The research has been published in Communications Earth and Environment.