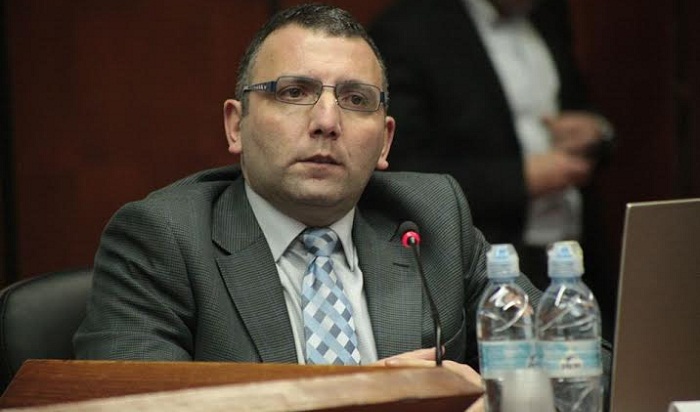 “Last week, I visited Azerbaijan and witnessed the destruction that was implemented by Armenia over the past three decades in cities such as Aghdam, Fuzuli, Jabrayil, and Zangilan. We drove 1,350 km of this territory. This is practically the territory of Israel from the border of Lebanon to Eilat. My journalist friend Shmuel Din Elmas and I have traveled to fast territories, but I would say Aghdam, Fuzuli, Jabrayil and Zangilan are all ghost towns that were destroyed under the Armenian occupation. The scale of the destruction is terrifying and striking in its cruelty,” a well-known Israeli expert in international relations Arye Gut said in his interview with the Canadian Jewish website Thej.ca.

In a preface to the interview, Jewish journalist and political analyst Rachel Avraham wrote: “According to the American historian Eric Cline, the Romans made the Holy Land “desolate” when they ethnically cleansed the Jewish community from Ancient Israel, after they destroyed, plundered and looted the Second Jewish Temple, a historic event that will forever be memorialized in the Arch of Titus in Italy.

In the late 1800’s, Mark Twain wrote in Innocents Abroad after visiting the Holy Land that the land was still desolate despite the passage of time, as the Zionist Movement had not yet risen to rebuild what the Ancient Romans had destroyed. “There is no dew here nor flowers nor birds nor trees. There is a plain and an unshaded lake and beyond them, some barren mountains. We traversed some miles of desolate country whose soil is rich enough but given over wholly to weeds—a silent, mournful expanse, where we saw only three people.”

“In 2021, Arye Gut, who heads the ISP International Society Projects, an NGO at YR Group at the Israeli chapter of the Baku Multiculturalism Center, visited the Nagorno-Karabakh region together with a journalist from Israel Hayom, Shmuel Din Elmas. Gut believed that what he witnessed there was similar to what the Romans did to the Ancient Israelites,” Avraham mentioned.

“I visited these territories for the first time in my life,” Gut added, noting that Azerbaijanis were barred from visiting the Nagorno-Karabakh region, even though the international community recognized that these lands are part of Azerbaijan.

Gut was in shock by the moral and human damage caused as a citizen of Israel and as a native of Azerbaijan. “I felt as if a terrible and brutal plague had come to these lands. Not a single house, kindergarten, school, library, or museum remained. Cemeteries, mosques and churches lay in ruins. Armenian looting and vandalism wiped Aghdam, Fuzuli, Jabrayil and Zangilan off the map,” the Israeli expert noted.

As he described, “What used to be streets and houses were now only doorways, columns, and scattered window frames. All of the ruins were overgrown with trees. The ruins looked ancient, like the remains of some long-gone empire. Aghdam in particular was living evidence of how a population with almost 130,000 people was transformed into a heap of unnecessary stones.”

The author said: “For Gut, Mark Twain’s descriptions of how the Land of Israel was made desolate and barren following the Roman persecutions has an uncanny resemblance to what he saw in Nagorno-Karabakh: “I visited what was once the Bread Museum, which was built on the old premises of what used to be an old mill dating back to the 1800’s. In the past, this mill was a protected historic landmark. Aghdam, like Karabakh in general, has always been an agrarian land due to its unique soils and climate. Therefore, it is no coincidence and no wonder that the first Bread Museum in the Soviet Union was created in Azerbaijan. However, after three decades of Armenian occupation, it lay in ruins.”

During the trip, Gut said he ruminated on the inhumanity behind the destruction.

“I often asked myself how anyone who loves life could do such a thing. How they could deliberately destroy and desecrate everything sacred and human, whether they be museums, libraries, mosques, churches or even cemeteries,” Arye Gut said.

Gut stressed that the Armenian forces that occupied Nagorno-Karabakh did not even respect the dead.

“I saw the mausoleum of Panah Ali Khan, the founder and first ruler of the Karabakh Khanate,” Gut noted. “It was turned into a barn, where they kept cows and pigs in it, and after abundant libations, they fired from it with all kinds of weapons. They destroyed, dug and stole the grave of the famous Azerbaijani poet Khurshudbanu Natavan. What remained looked very scary. Moreover, such a sight was everywhere.

These vandals with particular cruelty destroyed the cultural objects in the liberated territories that make up the cultural heritage of Azerbaijan. For 27 years, they purposely destroyed all traces of the Azerbaijani cultural heritage in Aghdam and other occupied regions. This included important items related to the history and culture of the Azerbaijani people that were “systematically plundered and destroyed, including works of art, cultural works, world-famous carpets, memorials honoring prominent figures in Azerbaijan and other items that were on display in museums,” Gut emphasized.

In enumerating the damage, the Israeli expert recounted:, “In these territories, the Armenians looted and burned 12 museums and 6 art galleries, as well as 9 palaces of historical significance; 40,000 exhibits of rare historical significance were plundered; 44 temples and 18 mosques were desecrated; 927 libraries were destroyed. Over 4,600,000 (four million six hundred thousand) copies of books and rare handwritten manuscripts were eradicated.”

“For this Armenian vandalism, looting, and ecological terrorism that culminated in a cultural genocide, which led to more than one million Azerbaijanis getting expelled from their homes, Armenia must be punished. Their war crimes must not go unaccounted for,” he concluded.