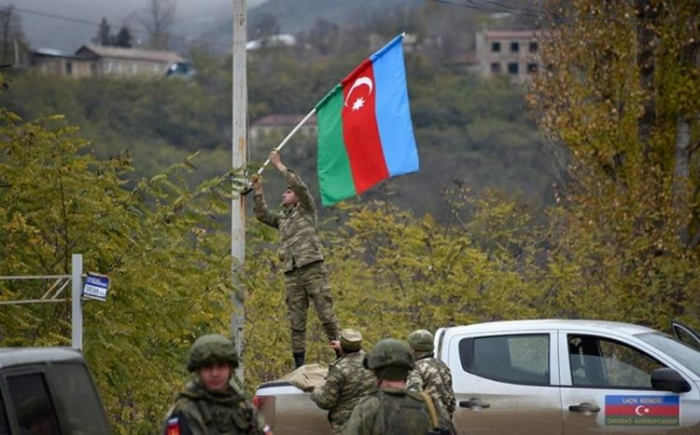 The date of May 18 is a symbol of the 28-year longing for Azerbaijan’s Lachin district which was occupied on this day in 1992.

The Armenian invaders managed to seize the Lachin regional centre and the pass where the only road connecting Lachin region with Armenia lies. Then the Armenian troops launched an offensive throughout the area.

As a result of the Armenian attack, more than 300 Azerbaijani military men and civilians were killed or went missing; 103 people were wounded or disabled. Armenian invaders did not spare even children – 18 Azerbaijani children were killed, 225 were injured and 31 lost both of their parents. 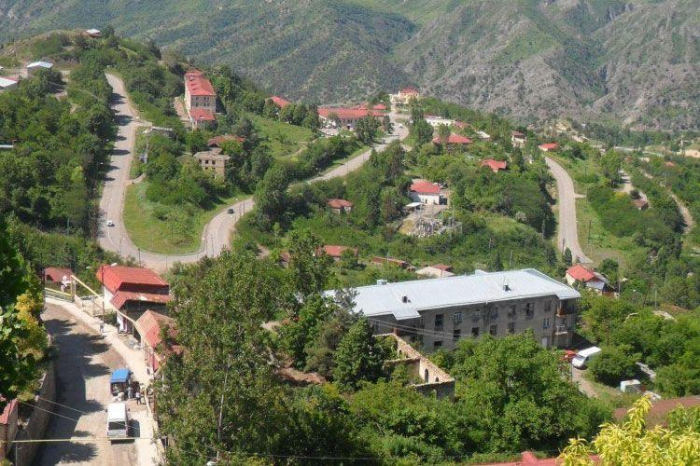 These figures are not just dry statistics of losses, but an incurable wound inflicted on the Azerbaijani people as a result of the Armenian aggression, a wound that bleeds on Azerbaijan’s body.

If before the beginning of the Nagorno-Karabakh conflict, the population of the Lachin region was 258,229 people in 1988 and 90 per cent of them were Azerbaijanis, by the time of the region occupation there were only 63,000 people, who after may 17-18, 1992, were also forced to leave their homelands.

As a result of the occupation of the Lachin region, 122 villages were destroyed and dozens of industrial facilities were demolished.

As many as 8,950 buildings, 7 industrial and construction enterprises, 471 service facilities, 154 schools and many cultural and historical monuments of Lachin remain under occupation until today.

The material damage caused to the area during the occupation exceeds $7 billion.

As many as 34,877 hectares of Lachin’s territory were covered with rare mahogany trees included in the Red Book. However, Armenians plundered all these natural resources of the region after the invasion.

Lachin, just like other Azerbaijani lands under occupation, was waiting for its liberator in the person of the Azerbaijani people, who will stop at nothing to restore justice and sovereignty of Azerbaijan. 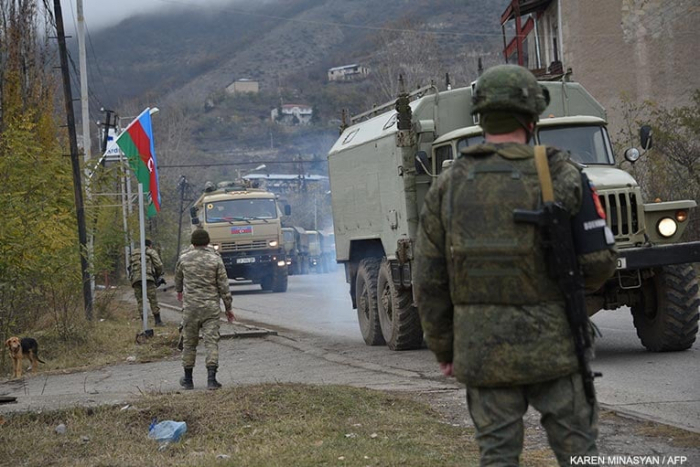 Following the second Nagorno-Karabakh War, Azerbaijan's Lachin region has been handed over to its real owners, the Azerbaijani people, following 28 years of occupation by Armenian forces.

According to a cease-fire agreement signed by the leaders of Azerbaijan, Russia and Armenia, the Armenian forces and Armenian population, who were settled later, have left Lachin as of Dec. 1, and the Azerbaijani army has since settled in the region.

The passage zone, called the "Lachin corridor", which is the only road between Nagorno-Karabakh and Armenia, will be under the control of Russian soldiers on temporary duty in the region for five years.

The region of Lachin, which is located on the Armenian border, became one of the first targets of the Armenian forces during the war in the 1990s, due to the strategic importance of the "Lachin corridor."

President of Azerbaijan, Victorious Commander-in-Chief Ilham Aliyev has congratulated the people of Azerbaijan on the liberation of the Lachin district from occupation.

On the day of the liberation of Lachin from the Armenian occupation, President Ilham Aliyev said: “It is with great joy that I inform you that Lachin district has been liberated from occupation. I cordially congratulate all the people of Azerbaijan on this occasion. The liberation of the Lachin district from occupation is a historic event. Moreover, we have returned Lachin district without firing a single shot. We have forced the enemy to do this. The bright victory won on the battlefield has led to this remarkable result – three of our districts, Aghdam, Kalbajar and Lachin, have been returned to us. We have returned these districts without firing a single shot and without a single martyr.”

The head of state said: “Lachin district is one of our biggest districts. Lachin district will play an important part in the future economic development of Azerbaijan. First of all, we will return Lachin to the people of Lachin. I sincerely congratulate dear residents of Lachin on this wonderful event. When Lachin was occupied, just over 50,000 people lived in it. Today the population of the Lachin district has reached 80,000 people. Of course, one of our main goals will be to return the residents of Lachin there as soon as possible. We will also try to return the former internally displaced persons to all other districts liberated from the occupation as soon as possible.”