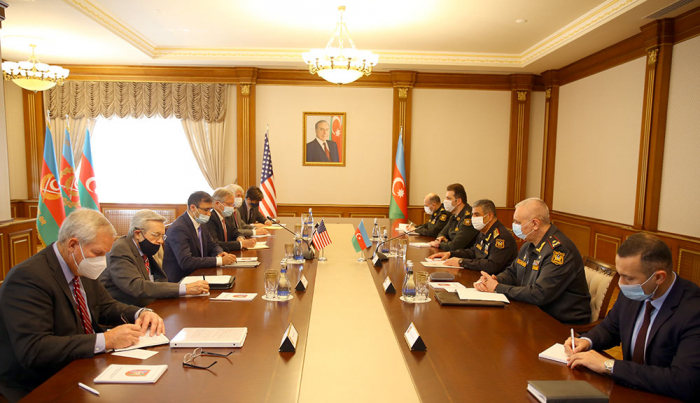 The minister informed the guests about the military-political situation in the region, reforms carried out in the field of army development, as well as the contribution of our country to international peace and security.

Hasanov noted that the Patriotic War, which began with a counter-offensive operation ended with a glorious victory of the Azerbaijan Army under the command of the President of the Republic of Azerbaijan, Supreme Commander-in-Chief of the Armed Forces, Mr. Ilham Aliyev. Emphasizing that the victory will contribute to stability in the South Caucasus, he informed the guests about the measures taken by the Azerbaijan Army in the liberated territories.

In turn, the members of the delegation congratulated the Azerbaijani people on the victory in the Patriotic War, expressed condolences to the families of the Shehids (Martyrs) and wished healing to the wounded. Noting that from the first day of the war they were closely following information about the battles, analyzing the operations conducted by various types of troops, the guests also stressed that military specialists from the United States and other countries deeply studied the experience, tactics and combat style of the Azerbaijan Army in this war. 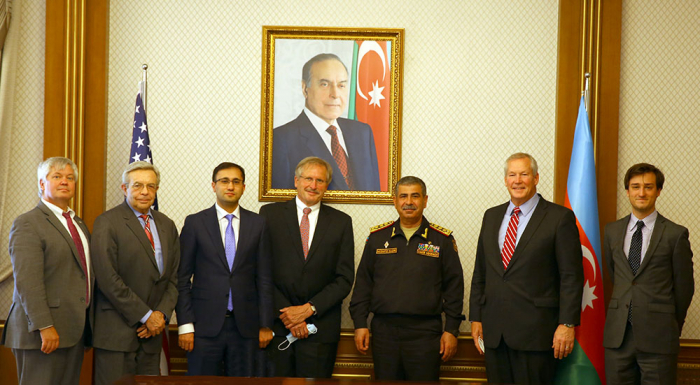 Giving detailed information about the activities of the organization, Nifti stressed the importance of the visit to our country and the significance of such meetings in terms of mutual exchange of experiences and expressed his gratitude to the Defense Minister on behalf of the staff.

During the meeting, Minister Hasanov answered numerous questions of the guests.

It should be noted that, Richard Hoagland and Robert Cekuta, the members of Board of Directors of the Caspian Policy Center, as well as Major General US Army (Retired) Michael Repass also attended the meeting.