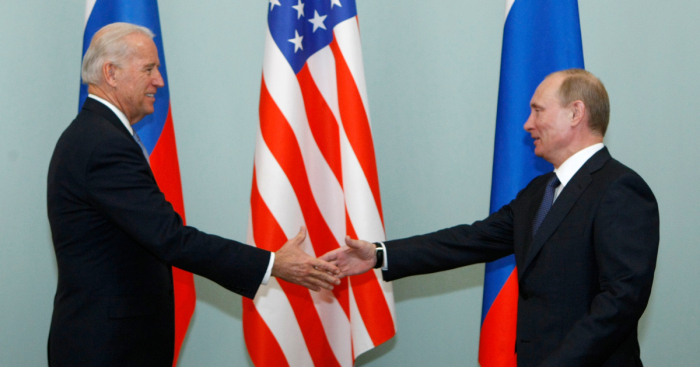 The meeting between the Russian and US presidents, Vladimir Putin and Joe Biden, is important for overcoming the crisis in bilateral relations, Kremlin Spokesman Dmitry Peskov said, AzVision.az reports citing TASS.

"The most important thing is the mere fact of a meeting, because it is rather important for our bilateral relations, for leading them out of that sad situation in which they are now," Peskov told Moscow. Kremlin. Putin program on Rossiya-1 TV channel.

According to Peskov, the choice of a particular venue for talks between the Russian and US presidents is more a technical issue and the mere fact of the meeting is important.

The Kremlin spokesman noted that the meeting was being discussed now. "[Foreign Minister Sergey] Lavrov told the president in detail about the outcome of his talks with Mr. [US Secretary of State Antony] Blinken and the president will make a decision," Peskov said. "As soon as he does this, we will inform the public."

On April 13, the Russian and US presidents held their second telephone conversation after Biden took office. The Kremlin said that Putin and Biden had focused on bilateral relations and international issues. The White House said that Biden had suggested holding a Russian-US summit in a third country within the next few months. After that, the US head of state explained that he had offered to meet his Russian counterpart in the summer in Europe. The US president is scheduled to visit Europe in mid-June to attend the G7 and NATO summits.

The G7 summit will take place in the resort town of Carbis Bay on the Atlantic coast of the Cornwall Peninsula in the UK on June 11-13. NATO will hold its summit in the Belgian capital on June 14.