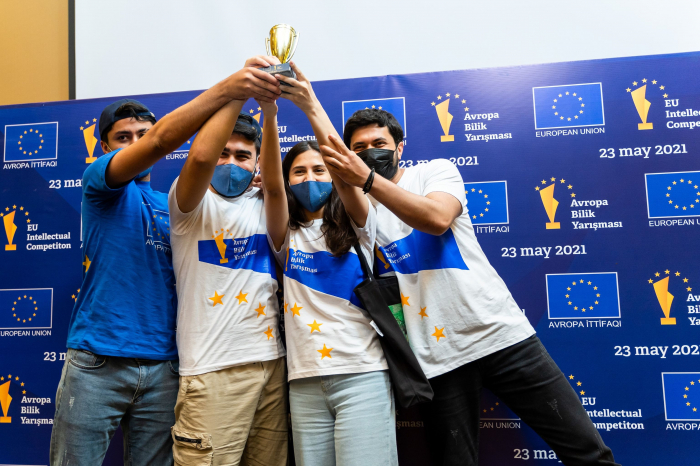 On 23 May, the Delegation of the European Union to Azerbaijan in cooperation with the Young European Ambassadors organized a so-called Youth Intellectual Competition.

The event titled “How well do you know the European Union?” was held as part of the Europe Days festivities.

The aim of the event was to bring together knowledgeable youngsters aged between 14 and 26 from all regions of Azerbaijan. The Intellectual Game helps to improve knowledge of the history of Europe, its values, institutions, and cultural life in an interactive way, as well as to feel the team spirit and develop the analytical skills of participants.

Around 350 applications have been received, and only 11 teams, four people in each were chosen to participate in the game by challenging their EU knowledge. 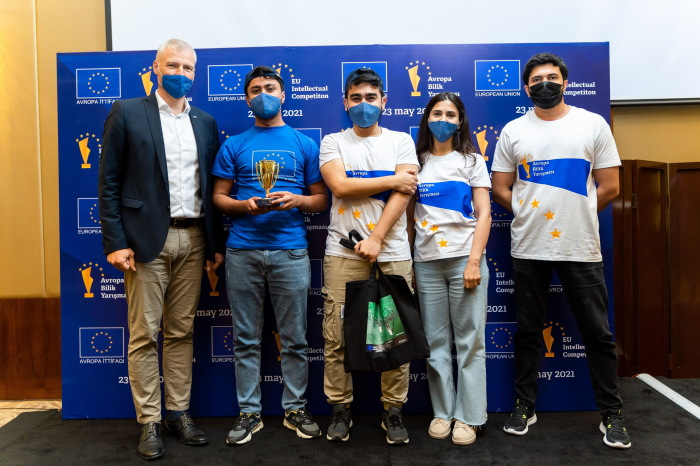 During his speech, the Head of the EU Delegation to Azerbaijan, Mr. Kestutis Jankauskas, noted that “Friendships start from knowing each other, learning about each other, understanding one another. The same is with partnerships between countries: they are based on people-to-people contacts, knowledge and friendships based on mutual respect. I welcome the initiative of the Young European Ambassadors in Azerbaijan to promote knowledge about the European Union. This will help EU and Azerbaijan to further strengthen our partnership.”

Finally, the victory was won by the team “Randomika”. Winners were awarded by the Head of EU delegation to Azerbaijan, Kestutis Jankauskas. All participants of the competition have received small gifts.