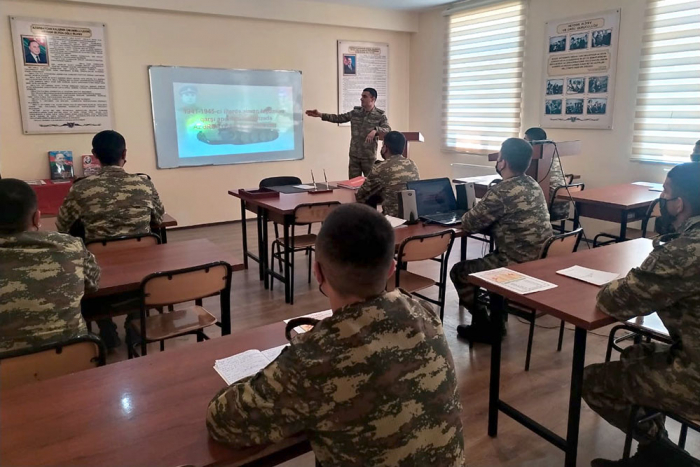 In accordance with the training plan for 2021, the "The best group leader for classes on socio-political training" contest is held in the Azerbaijan Army, the Defense Ministry told AzVision.az.

The competition that is held in the types of troops, army corps, formations, independent military units, and special military-educational institutions focuses on improving the pedagogical skills of group leaders in socio-political training, teaching them the rules of ideological work with servicemen.

The competition objective is to maintain fighting spirit of military personnel at a high level, to inoculate the idea of Azerbaijanism, respecting national and moral values, including allegiance to the people, state, Supreme Commander-in-Chief and military oath, as well as to propagate the best practices in the field of socio-political training.