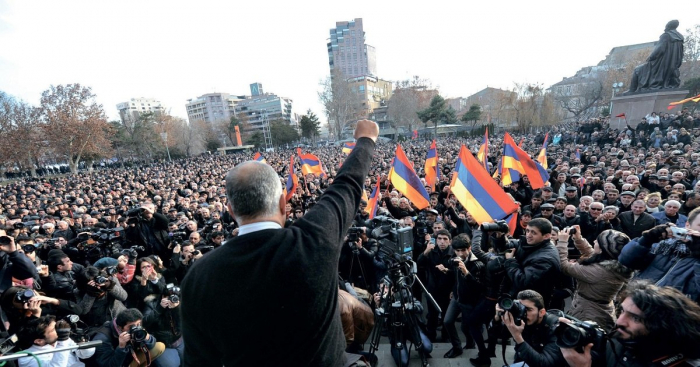 The nature of Armenia's post-military realities was reflected in another major social study. MPG/Gallup conducted a telephone survey from 18 to 21 May to understand people’s attitudes towards the situation in the country and the political forces on the eve of the early parliamentary elections scheduled for 20 June. The accumulated information reveals the picture of the internal and foreign policy preferences of Armenian voters more than six months after the end of the 44-day war which resulted in Armenia’s destructive defeat.

The results of the survey are essential to perceive Armenians' attitudes to three important issues in the context of prospects for the pre-election and post-election political situation in the country.

Above all, they confirm the leading positions of the ruling force, headed by acting Prime Minister Nikol Pashinyan of ‘Civil Contract’ party. 34.4% of the respondents (24.8% of the total number of respondents, including those who were undecided) are ready to vote for him.

It is obvious that these figures indicate the relative support of the electorate of the ruling party but “Civil Contract” keeps its popularity. It is also facilitated by a clearly low level of support for the opposition forces by the voters. Thus, only 19.9% of respondents (14.3% of their total number) want to vote for the supporters of ex-president Robert Kocharyan and the ‘Dashnaksutyun’ party united in a single bloc. And even less by 5.7% of people, who participated in the poll support the leading opposition party ’Prosperous Armenia’ (4.1% of the total number of respondents).

Apparently, the above-mentioned three forces will guarantee their places at the new parliament. It seems probable that another ambitious opposition force – the Republican Party led by former President Serzh Sargsyan, which has entered into an alliance with People’s party headed by the former director of the National Security Service Artur Vanetsyan will be behind them. According to the survey, they are currently supported by only 4.3 per cent of the voters (3.1 per cent of the total number surveyed).

All these indicators show that the Pashinyan government has a chance to stay in power despite Armenia’s defeat in the Karabakh war under his leadership, followed by protest actions, calls to overthrow the "traitor" and the confrontation between the ruling administration and the military command.

Armenian people do not believe in the opposition and its leaders from the former leaders of the country-representatives of the so-called "Karabakh clan" Kocharyan and Sargsyan, even more than the "capitulator" Pashinyan. The hatred of the Armenian population towards the former presidents is so strong that they prefer to see Pashinyan in power, who lost the war rather than to return to the horrors of the criminal Kocharyan-Sargsyan rule.

In such circumstances, the second key result of the MPG/Gallup poll is quite notable. It concerns Armenia's foreign policy hopes. In this context, we can talk about a significant reduction in "allied expectations" from Russia. By the end of the 44-day war and shortly after it, 79.6% of respondents answered the question of "Who can Armenia count on and expect military and political support in difficult situations?" as "Russia", now only 38.3% respond similarly.

Moreover, it is necessary to bear in mind that the latest survey coincided with the aggravation of the situation on the Armenian-Azerbaijani border. It destroyed Armenia’s expectations that based on their allied obligations to Armenia, Russia and the CSTO must satisfy its illegal territorial ambitions.

However, the opinion poll indicates that the Armenian electorate has strengthened other foreign policy tendencies. We are talking about the increase of pro-Western hopes: for instance, the proportion of Armenians, who count on France has grown from 20.7% to 31.3% since the end of the war. The figure for the United States has not changed: 23.9% and 23.8%. However, in comparison with the indicators from the end of March, the number of Armenian citizens relying on the United States has climbed from 16.4% to 23.8%. The figure is even higher for France ( from 6.4% to 31.3%).

In the meanwhile, the number of Armenians expecting support from Russia went down from 62.9% to 38.3%. Compared to March, the proportion decreased by 24.6%.

It is noteworthy that the Armenians do not count on their own state at all. At the end of the war, only 9.7% of respondents relied on the capabilities of their country. However, the current survey doesn’t include this option. The reason is obvious: apparently, the organizers of the opinion poll are sure that there are practically no people left in Armenia, who count on its own strength and capabilities.

The third important result of this social research directly points to the last aspect. 56% of respondents believe that it is not safe to live in Armenia. More convincingly than any other points, this indicates a deep moral and psychological breakdown of the Armenian society

Generally, another survey conducted in Armenia confirmed that the military defeat was a strong shock for the state and Armenian people. Six months after the end of the war, the systemic crisis in Armenia took on large-scale and put the demoralized country in front of the disappointing prospect of the decline of statehood. This is the real situation, in which Armenia is preparing to hold early elections.