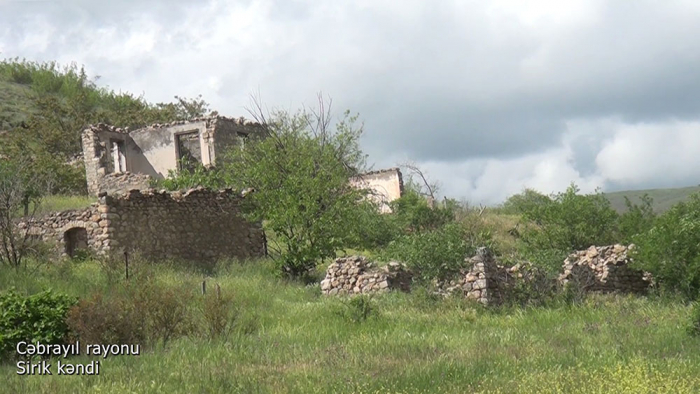 The Azerbaijani Defense Ministry has released video footage from the village of Sirik in the Jabrayil region, which was liberated from the Armenian occupation.