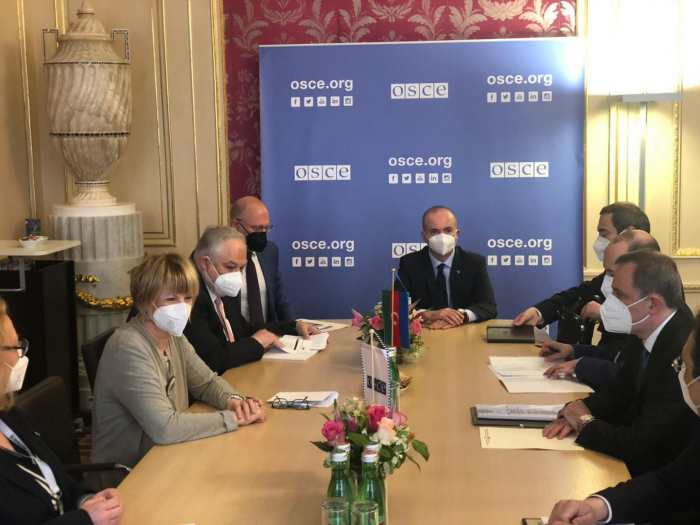 Bayramov made the remark at a meeting with OSCE Secretary General Helga Maria Schmid during the working visit to Austria, AzVision.az reports citing the Azerbaijani Foreign Ministry.

“After the signing of the trilateral declaration on November 10, 2020 [on ceasefire and cessation of all hostilities in the Nagorno-Karabakh region], an end was put to the conflict [the Armenia-Azerbaijan Nagorno-Karabakh conflict] that lasted 30 years,” the Azerbaijani foreign minister said.

The minister stressed that this document created wide opportunities for the normalization of relations between Azerbaijan and Armenia on the basis of respect for the sovereignty, territorial integrity and internationally recognized borders of the two countries.

Some issues arising from the trilateral declaration, in particular the fact that the restoration of regional transport links will create new opportunities for the regional countries, including Armenia, were discussed at the meeting.

The sides also discussed the situation in the region after the conflict, the ongoing processes, the measures taken to implement the points of the trilateral declarations, the issues of cooperation with the OSCE, the processes of restoration and reconstruction in the territories of Azerbaijan liberated from the Armenian occupation.