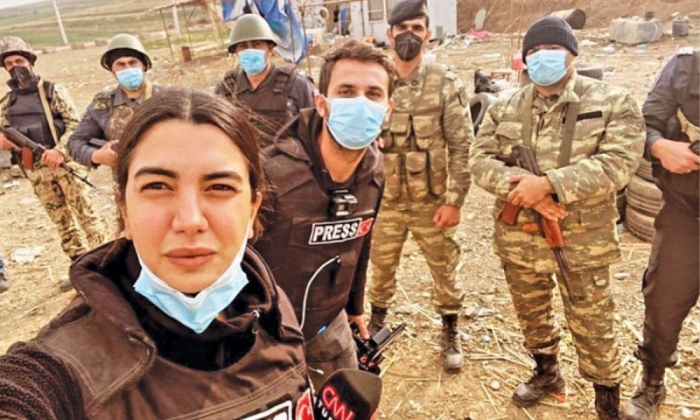 Fulya Ozturk, a reporter for CNN-Turk TV channel, expressed her support for the “YASHAT” charity marathon launched by Azerbaijan to render assistance to war veterans and martyrs’ families.

“I witnessed the massacres committed by Armenia in Azerbaijan, in Karabakh. And most importantly, I witnessed how the Azerbaijani soldiers heroically fought for this great Victory,” the journalist said while speaking about the charity marathon.

The charity marathon under the slogan "Let's live together" is initiated by the State Committee for Diaspora Affairs and the YASHAT Foundation, organized and financed by the Azerbaijani Diaspora Support Fund.