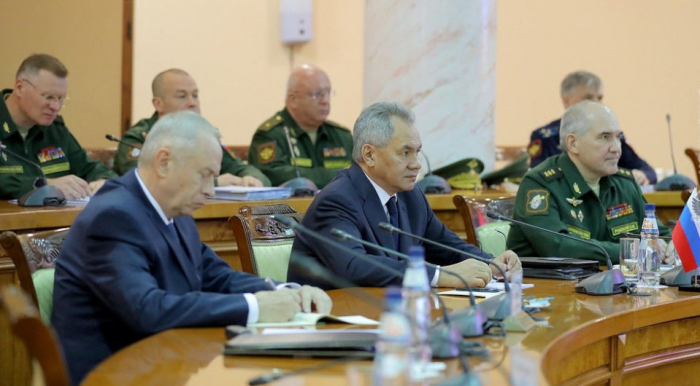 "During the conversation, [the sides] discussed the situation in the region and areas where Russia’s peacekeeping force in Nagorno-Karabakh is accomplishing its mission as well as other issues of mutual interest," the ministry said.

The Armenian Defense Ministry’s press service earlier reported that Harutyunyan had held talks with Commander of the Russian peacekeeping force in Nagorno-Karabakh Rustam Muradov. They discussed the situation in the Syunik and Gegharkunik provinces on the Armenian-Azerbaijani border.