Azerbaijanis hold actions in three cities of US - PHOTOS 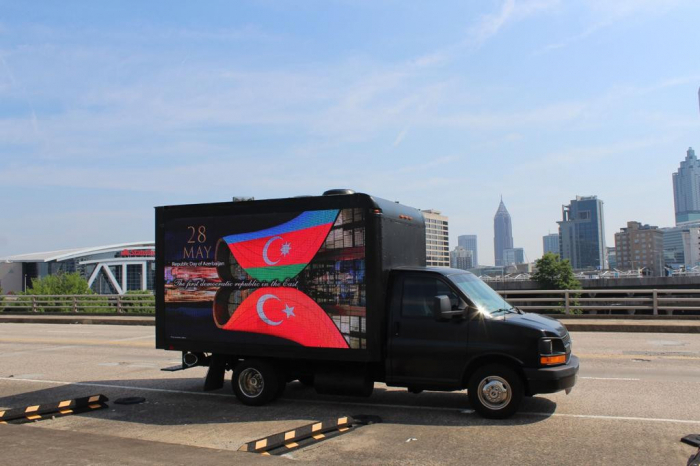 With the support of the State Committee on Work with Diaspora, informative action dedicated to 103rd anniversary of the Republic Day of Azerbaijan was held in 3 cities of the United States with the initiative and organization of the Coordination Council of American Azerbaijanis and member of the Utah–Azerbaijan community Kamran Garayev, AzVision.az reports.

In Manhattan (New York), Los Angeles (California), and Atlanta (Georgia), cars with LED panels were moving along the streets, on which the words ‘May 28 - Republic Day of Azerbaijan’ and ‘The First Democratic Republic in the East’, as well as images of the Heydar Aliyev Center building, highlighted with the colors of the state flags of Azerbaijan and Turkey, types of historical, cultural and religious monuments the cities of Shusha, Zangilan, Jabrayil, Aghdam, which were previously liberated from Armenian occupation, as well as the Khudafarin bridge and other sights of Azerbaijan. 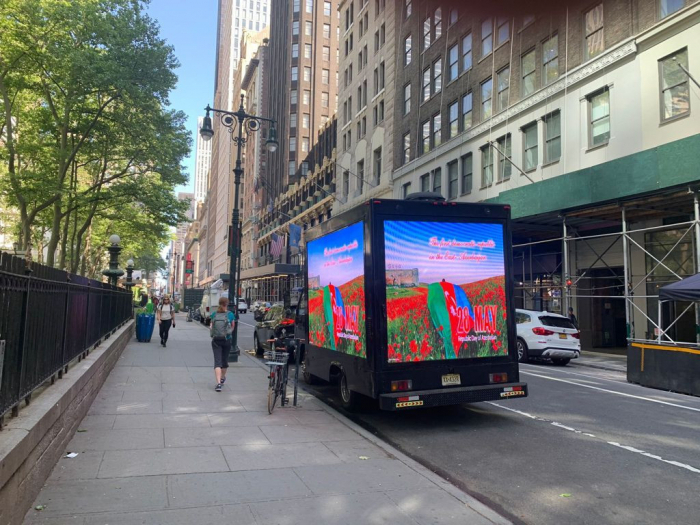 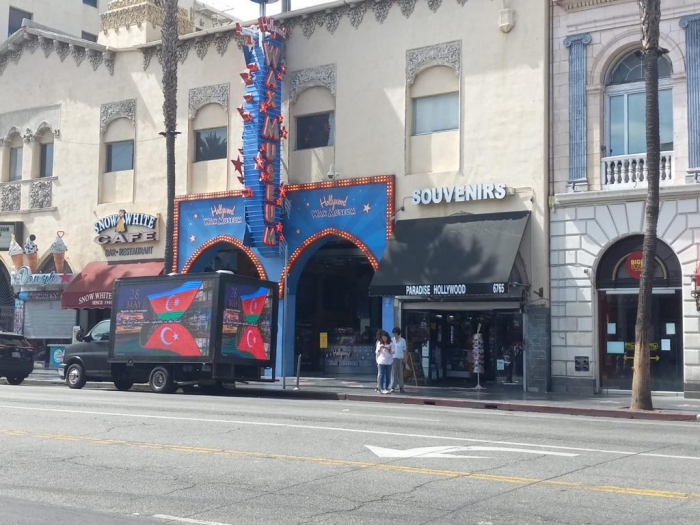