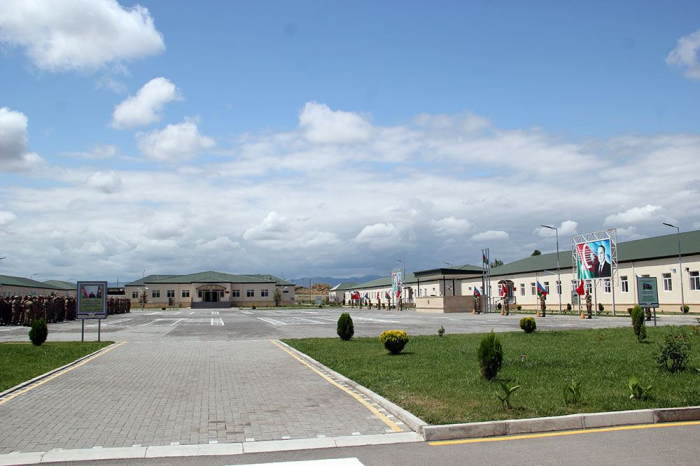 An event on the occasion of the anniversary of the establishment of one of the military units of the Azerbaijani Ministry of Defense was held, the MoD reported.

At first, the memory of Azerbaijani national leader Heydar Aliyev and martyrs who died for the independence and territorial integrity of Azerbaijan was honored by observing a minute of silence.

The state anthem of the Republic of Azerbaijan was performed and then the congratulations of the minister of defense were conveyed to the military personnel.

At the event, speakers talked about the history of the military unit, its combat path and the tasks ahead.

The servicemen of the military unit, who distinguished themselves in military service and are well-disciplined, were awarded with an "Honorary Diploma" and valuable gifts.