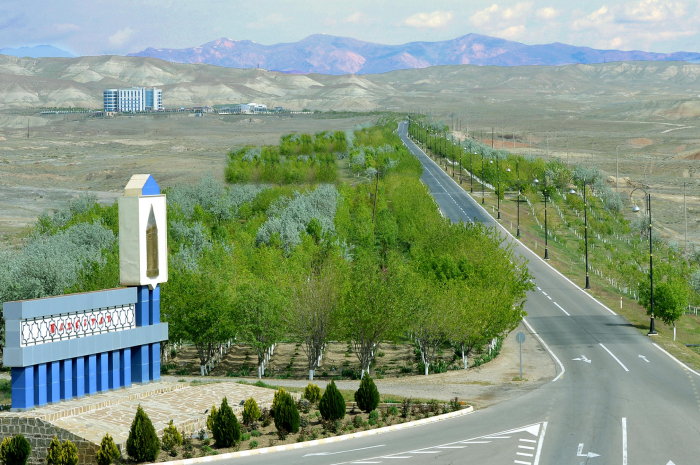 After the 103rd national anniversary of the Democratic Republic of Azerbaijan (ARD) and 44 days of the 2nd war of Nagorno Karabakh (NK), the landscape of the South Caucasus Region (SCR) has been “redesigned” and “reshaped”. The “landslide” victory of Azerbaijan has now opened new “avenues” of regional cooperation, connectivity and the formation of formidable corridors.

However, the biggest loser, Armenia has its own “vogue” policy and constant “denial syndrome” towards accepting greater regional integration and opening of new economic or transport corridors. Opponents term it geographic so-called “genocide” while supporters project it as a “connecting” hub for greater socio-economic, geopolitical and geostrategic integration and connectivity. Thus, Azerbaijan seems to be active and Armenia depressive.

Historical trilateral declaration among Azerbaijan, Russia, and Armenia ended the long unresolved and frozen NK conflict in November 2020 and consequently, brightened the chances of sustainable regional cooperation, stability, and security in the SCR and the Caspian Region (CR). It included a reference to the transportation corridor linking Azerbaijan’s western regions with the Nakhchivan Autonomous Republic (NAR).

Azerbaijan achieved a “remarkable” tactical victory in the battlefields as well as a diplomatic win on the negotiating table with the inclusion of the article on the opening of all regional transport routes, including the Zangazur Corridor (ZC), which connects Azerbaijan with Turkey via Armenia. It has become a hot topic in SCR and CR. It is commonly known as “the Caucasus’ Zangazur Corridor (CZC)”, which connects the Lesser Caucasus (LC) to the northeast and the Anatolian highlands to the southwest.

In this context, Sergei Lavrov Russia’s Foreign Minister paid a personal visit to Baku for the resolution of “demarcation” and “delimitation” of the burning border issue between Azerbaijan and Armenia. He offered to help mediate demarcation negotiations after Armenia accused Azerbaijan of a border so-called incursion. Russia also offered to provide assistance with the delimitation and demarcation of the border with a proposed setting up a joint Armenian-Azeri commission, with Russia possibly participating as a consultant or mediator.

The proposed ZC has “multiplier” socio-economic, geopolitical and geostrategic dividends which primarily, connect Central Asia, the CR, Azerbaijan, and Armenia from the Pacific to Turkey. It will expand the railway network between Russia, Azerbaijan, Turkey and Armenia and will have a positive impact on regional trade activities. It hopes that the ZC will be instrumental to future SCR reconciliation and economic cooperation.

If operationalizes properly it will be an Azerbaijan exclave landlocked between Armenia and Iran to the north provides a short border with Turkey to the south. It hopes that the ZC will open numerous trade routes from the Pacific to Turkey, connecting Central Asia, the broader Caspian region, Azerbaijan, and Armenia, while providing an opportunity to extend the railway network between Russia, Azerbaijan, Turkey, Armenia and Iran.

The tripartite agreement unblocked the ZC as an essential step toward Azerbaijan’s goal of becoming a Eurasian transport hub while also contributing significantly to regional economic growth. Thus it would be a fate and game-changer corridor in the SCR in the days to come.

The opening of the ZC would further strengthen the Caspian Transport Network (CTN) including the “East-West” transport corridor and the “North-South” International Transport Corridor (ITC). It would also facilitate the Oil & Gas Pipeline System (OGPS) extending from the Caspian to Europe. It would further enhance the transit capacity of the region that has already played an important role for the European Union (EU), the United States (US), Russia and China gas supplies chains.

Ilham Aliyev being a “visionary” leader and a champion “strategist” has been projecting the strategic importance of the ZC in various regional as well as international forums like the UN 77th session of Economic and Social Commission for Asia and the Pacific and 7th Congress of the New Azerbaijan Party. He rightly showcased the ZC as an “integral” part of the “East-West Corridor (EWC)” connecting Asia and Europe through Azerbaijan which would allow Azerbaijan to strengthen its position as Eurasia’s transport and logistics hub. He further highlighted ZC as a guarantor of Azerbaijan’s national, historical, and future interests. He promised to “pledge” all available resources for railway and highway construction of the ZC. Like a true statesman, he offered a peace proposition to Armenia and termed the inclusion of the ZC in tripartite agreement a significant political achievement for Azerbaijan.

Critical analysis of the ZC upholds that it permits the operation of a transport corridor connecting Europe and Asia, which is of strategic importance to Russia and China, promises potential economic benefits to all countries in the region. Thus it holds a grand economic, business, investment and connecting proposition to all the regional countries.

It will drastically improve Azerbaijan’s position in the “East-West” and “North-South” transport corridors, as it is situated on the historic “Silk Road” and seeks to become a logistics hub between Europe and Asia.

The East-West corridor has great significance to China and the EU. Both have a combined trade turnover of 560 billion euros in 2019 and chances are now further brightened after the signing of the new “China-EU Investment Deal”.

It is vital for trade between Turkey and Central Asia as well as Turkey-China trade turnover i.e. Є21 billion in 2019. Moreover, Turkey newly inaugurated corridor of Central Asia may also be benefitted from the opening of the ZC. It hopes that ZC will connect Turkic-speaking states with a combined GDP of US$1.1 trillion.

Turkey is also working on a new project to connect Nakhchivan to Turkey through the Kars-Nakhchivan railway. In the next stage, the linkage of this railway to the ZC will give a new comparative advantage to the bilateral trade relations between Azerbaijan and Turkey.

Coincidently, it will further reduce the distance of Nakhchivan’s land route to Azerbaijan. Unfortunately, presently only an air route or a land route via Iran and Turkey links Azerbaijan and Nakhchivan. It is estimated that by establishing an easy and smooth shortcut with Nakhchivan, businesses in Nakhchivan would be further developed by gaining access to the East-West transport corridor, as well as reducing travel distances to Azerbaijan and Russia.

Moreover, it would improve the South Caucasus Transit (SCT) role in the Middle Corridor i.e. China’s alternative corridors under the flagship of the Belt and Road initiative (BRI) due to which cargo transportation has been tremendously increased through Azerbaijan on its way from China to Turkey, and vice versa.

It evaluates that with the development of proposed overland transportation through Armenia, the ZC would improve the Middle Corridor’s ability to link Europe and Asia. It will further improve trade activities between Azerbaijan and Turkey by shortening the transit time. In this connection, the Baku-Tbilisi-Kars Railroad (BTK) and Georgian roads have already linked Azerbaijan with Turkey, however, the shorter route has its own strategic importance and potential to improve economic ties.

Since the beginning of the BRI Azerbaijan welcomes and supports Chinese investments in the SCR. The unblocking of all communications in the SCR will benefit not only Azerbaijan’s position as a logistics hub but also China’s ability to transport goods to Europe with the shortest path.

After the opening of the ZC, Turkey will have a new logistics corridor connecting Central Asia and China. Russia and Armenia will also benefit from the ZC.

It has the potential to become Russia’s primary and prime route for goods transport to the SCR and neighbouring countries. Russian trains could travel through Azerbaijan on their way to the ZC which links Armenia, Turkey, and Iran, while Russian goods could travel through Turkey to the Middle East and other Southern Asian countries.

The ZC will also provide an alternative route for Russia to reach the markets of the Middle East through the territory of Turkey. It also has special importance for Russia in terms of getting a direct land route to Armenia its strategic partner in the SCR. Russia does not have good ties with Georgia but now it will be able to overcome transportation obstacles in the economic relations with Armenia through the ZC.

Interestingly, the ZC between Russia and Armenia will also lessen the economic problems of Armenia in reaching the markets of Russia and the Eurasian Economic Union. The absence of a land route to the main trade partner has negatively affected Armenia’s foreign economic relations and its economic security.

The ZC will create the opportunity for Armenia to get a railroad link to its other trade partner Iran. Previously, due to the lack of necessary financial resources and inability to attract foreign investments, Armenia was not able to build a railroad to Iran from its territory. Now, cargo transportation between Iran and Armenia could be implemented through the ZC.

By reopening trade ties with Azerbaijan and Turkey, the corridor will also help Armenia get out of economic isolation. Armenia will benefit from access to the East-West Corridor, which has the potential to become a major corridor within the BRI while improving economic cooperation with Azerbaijan.

Armenia can also benefit as a transit country if a proposed trans-Caspian natural pipeline between Central Asia and Turkey is realized in the future. Armenia can also benefit from Azerbaijani investment in the restoration of regional railways. In general, the use of the ZC for peaceful purposes ensures long-term stability for both Azerbaijan and Armenia. As a result, the corridor may lead to future Azerbaijani investment in infrastructure projects in Armenia as well as the growth of cross-border business links.

Being a prominent regional expert of Azerbaijan & CIS I suggest that Track-II diplomacy should be the mantra of Azerbaijan to resolve existing demarcation and delimitation issues with Armenia in which the main focus should be on commercial diplomacy. Certain economic concessions and rational geographical manipulations may be an effective tool to get diplomatic approval from Armenia.

Integrative and meaningful meditation of tripartite parties and guarantors may pave a befitting proposition for all the conflicting parties in the days to come. Reassessment and reformation of national narrative on conflicting realities and emerging corridors should not be discussed in the public.

Sincere efforts must be initiated to showcase the ZC economic potential and peace orientation to Armenia. Armenia must recognize Azerbaijan’s territorial integrity and sign a peace agreement with Azerbaijan for its own economic benefits.

In the past, Armenia’s aggression could only achieve social agony, administrative fragmentation, political disarray and economic disorganization. The ZC may end its economic blockade and open new opportunities and thus may start its journey from “rages to riches”.

To conclude the establishment of the ZC and restoration of all economic corridors will further enhance investment potential of the SCR. Prolong regional rivalry between Azerbaijan and Armenia is not good for the SCR. Now new geopolitical landscape and geostrategic kudos have opened new opportunities for all the regional countries to attract more and more FDIs which should not be wasted by Armenia.

The ZC offers numerous economic benefits for all the SCR which will further expand regional transport networks. It will be a valuable addition to North-South International Corridor and Middle Corridor.

Armenia must realize that now human survival, national sovereignty, territorial integrity, economic sustainability, political stability and social cohesion does not rely on series of conspiratorial genocides and ethnic cleansings but spirits of cooperation, coordination and collaboration pave the way forward.

Dr. Mehmood Ul Hassan KHAN's research and comprehensive articles have already been published in China, Uzbekistan, Iran, Turkey, Azerbaijan, USA, South Korea, UAE and Kuwait too. He has great experience in the socio-economic, geo-politics and geo-strategic issues of Central Asia, Caucasus and the Middle East. He is a famous expert on CIS and Caucasus in Pakistan. Member Board of Experts: CGSS, Islamabad. Ambassador at large at IHRFW.