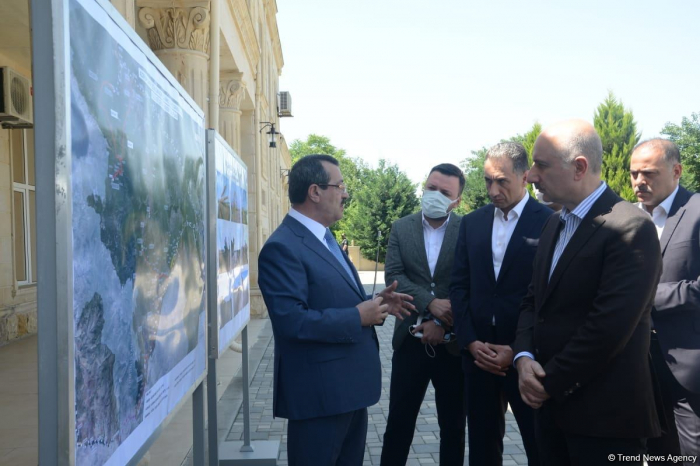 Head of Turkey's Kalyon company Mehmet Kalyoncu briefed Azerbaijani Minister of Transport, Communications and High Technologies Rashad Nabiyev and Turkish Minister of Transport and Infrastructure Adil Karaismailoglu on the project for the construction of the Ahmadbayli-Horadiz-Minjivan-Agband highway, AzVision.az reports.

During the visit to Fuzuli district of Azerbaijan, the ministers reviewed the ongoing and planned work on the project for the construction of the Horadiz-Agband railway, the Horadiz-Jabrayil-Zangilan-Agband and Ahmadbayli-Fuzuli-Shusha highways, as well as the project of the Fuzuli international airport.

The visit of Nabiyev and Karaismailoglu to the Azerbaijani territories liberated from the Armenian occupation began on May 31.

The sides visited Fuzuli and Khojavend districts to review the infrastructure projects, the implementation of which has begun in the territories liberated from the occupation.