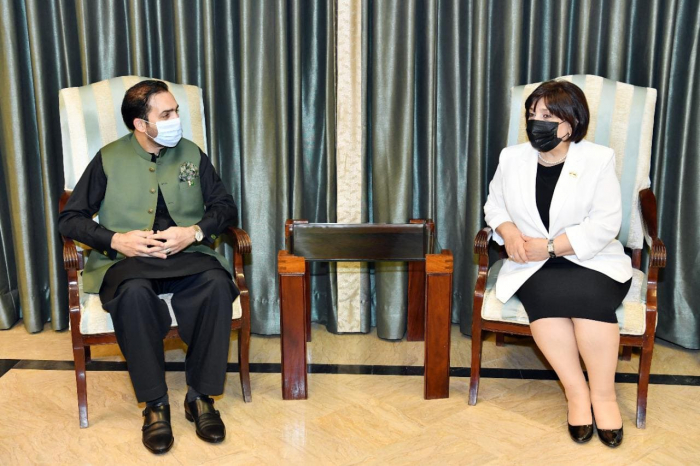 Azerbaijani delegation was welcomed at "Nur Khan" Airport in Islamabad by Deputy Speaker of the Senate of Pakistan Mohammad Mirza Afridi, Member of the National Assembly, Chairperson of the Commonwealth Women Parliamentarians  Gulzar Khan, Azerbaijani Ambassador to Pakistan Ali Alizadeh and other officials.

On June 1, the members of the delegation will attend the two-day second General Conference of the Parliamentary Assembly of Economic Cooperation Organization in Islamabad.