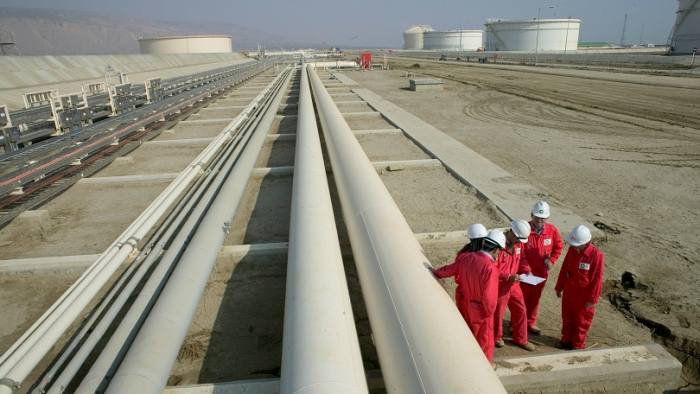 Nowadays, natural gas has become one of the important factors that lead to economic and social growth. Diversification of natural gas supplies and routes, securing access to energy-rich regions, and guaranteeing reliable gas exports to energy markets are major goals of gas producers and consumers. In this regard, Azerbaijan with a total proved 2.8 trillion cubic meters of natural gas is a key actor to supply the Caspian natural gas directly to the European energy consumers.

Analyzing Azerbaijan’s natural gas sector, it is worth noting that natural gas exploration, development, and production defer with complexity because energy companies are usually aimed at developing gas fields with vast gas reserves. Towards this end, Azerbaijan has implemented a successful energy policy to develop its natural gas sector and protect national interests. Today, many international energy companies are engaged in the natural gas sector of the country. It should be underlined that BP is the biggest foreign investor in Azerbaijan’s energy sector, and the development of Shah Deniz Stage 1 and Stage 2 allowed Azerbaijan to be an important natural gas producer in the region. BP and SOCAR continue successful cooperation, and following the joint exploration work, the first gas-condensate reserves have been discovered in the Shafag-Asiman block in the Azerbaijani sector of the Caspian Sea.

Meanwhile, Shah Deniz 2 is also the starting point for the Southern Gas Corridor (SGC) series of pipelines that are supplying natural gas from the Caspian Sea directly to the European and Turkish energy consumers. Shah Deniz 2 Phase is expected to produce around 16 billion cubic meters (bcm) of gas per year, and with the current Shah Deniz gas production, additionally, gas reserves in Shafag-Asiman, Umid and Nakhchivan fields, Azerbaijan will strengthen its position as a net gas exporter. All the above-mentioned facts show that the expected gas reserves of the country are much higher, and the country will play an important role in terms of natural gas supply to the European energy markets.

2020 was the most dynamic and remarkable year for Azerbaijan as the country restored its territorial integrity after the Second Karabakh War and completed the European segment of the SGC – the Trans-Adriatic Pipeline (TAP). It should be especially highlighted that the Armenian attacks against Azerbaijan’s critical energy infrastructure could not prevent the realization of the TAP project. The first Azerbaijani gas was delivered to Europe on 31 December 2020. TAP pipeline is a very strategic project because it supports Europe’s energy security and decarbonization efforts. Completion of all segments of the SGC allowed Azerbaijan to supply natural gas to different energy markets and also strengthen its position in the Caspian region.

As one could argue Turkey has diversified natural gas supplies and routes thanks to a successful energy policy. Cooperation and partnership with Azerbaijan allowed it to decrease dependence on few gas suppliers. Tukey continues the diversification process because it will be a significant factor in future gas negotiations with major exporters. As it was mentioned above, the gas contact from Shah Deniz 1 phase has been already expired, therefore Azerbaijan and Turkey must sign a new long-term contract to deepen energy cooperation. The new contact will be favorable for both countries as Turkey diversifies its gas sources and strengthens the Turkish-Azerbaijan strategic energy cooperation. Turkey is interested in becoming natural gas “hub” by implementing different energy projects and diversifying supply sources and routes. Increasing the volume of natural gas to Turkey is also important for Azerbaijan, both from a geopolitical and an economic standpoint. Azerbaijan has already become a net gas exporter; thus, natural gas revenues are significant for economic and social development.

Taking into consideration the above-mentioned, we can underline that the SGC created the backbone for interregional cooperation. For example, the TAP pipeline offers several advantages to transit countries. Italy will support its energy security by diversifying energy supplies and routes.  Greece will also diversify its supply sources and strengthen its transit position by transporting natural gas to Southeast European countries. For Albania, the pipeline will promote the gas master-plan of the country.  Albania will become part of a network and strengthen regional cooperation. Finally, TAP opens a window for Azerbaijan to supply gas directly to one of the biggest natural gas markets in the world. So, Azerbaijan will strengthen its strategic position and boost economic growth.

Summing up, natural gas projects allowed Azerbaijan to strengthen its geopolitical position, and close cooperation with Turkey and other partners made it possible to deliver the Caspian gas directly to European energy markets. Now, Azerbaijan will use its natural gas revenues to rebuild and develop liberated regions after the Second Karabakh War. Azerbaijan has already started reconstruction work in newly liberated territories, therefore, an increase in natural gas export revenues will be significant for future social-economic stability.

Shahmar Hajiyev is a senior advisor, the Baku-based Center of Analysis of International Relations (AIR Center)