Embargo must be imposed on supplies of offensive weapons to Armenia, says Russian military expert 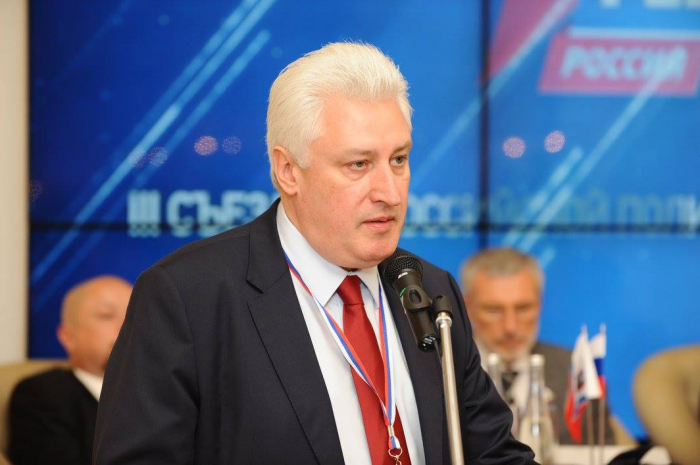 The decisions on missile strikes, which were inflicted by Armenia on Azerbaijani cities during the second Armenia-Azerbaijan Nagorno-Karabakh war, were made only by Yerevan, editor-in-chief of the National Defense magazine, Russian military expert Igor Korotchenko said on June 2.

Korotchenko stressed that in this regard, the Armenian military and political leadership are responsible for these missile attacks.

The expert was commenting on the recent statement of former Deputy Chief of the General Staff of the Armenian Armed Forces, General Khachatryan, that Armenia used the Iskander tactical ballistic missile system bought from Russia during the armed conflict against Azerbaijan, however, without notifying the Russian side about this.

"In this case, we proceed from the fact that when such statements are made by former high-ranking representatives of the Armenian military command, it is obviously true," the expert said.

Korotchenko stressed that missile strikes on cities are not justifiable and this is a war crime.

“An embargo must be imposed on further supplies of such types of offensive weapons to Armenia as it has shown its irresponsible attitude while using these types of weapons,” the expert said.

"Armenia used them to destroy the civilians, rather than for military tasks,” the expert said. “Firstly, upon these facts, it is necessary to bring war criminals, who used such weapons from the Armenian side to strike cities, to the international court.”