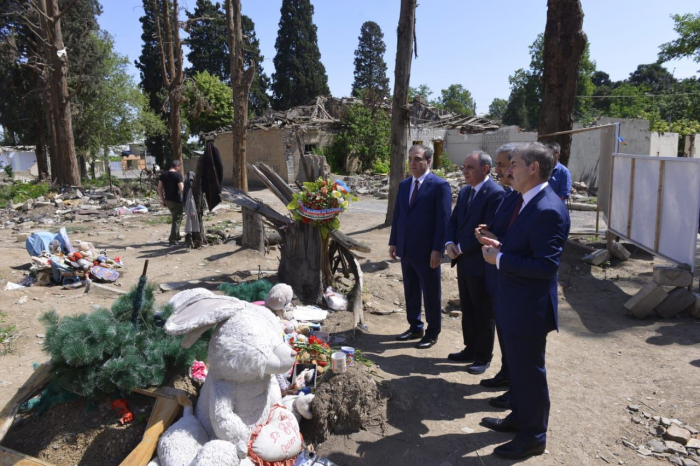 A delegation led by Chief Public Prosecutor of the Supreme Court of Appeals of Turkey Bekir Sahin paid a working visit to the Azerbaijani city of Ganja, AzVision.az reports.

The delegation visited a monument to Azerbaijani national leader Heydar Aliyev in the city center.

The guests also visited the Nizami Ganjavi mausoleum and reviewed the conditions created there. They were informed that Azerbaijani President Ilham Aliyev has declared 2021 the Year of Nizami Ganjavi, as well as the rich heritage of the outstanding Azerbaijani poet.

Then the members of the delegation visited the residential quarters of Ganja, destroyed as a result of the missile fire of the Armenian Armed Forces. They reviewed the consequences of Armenia’s war crimes against the civilians on the spot and laid flowers around the destroyed houses as a sign of respect for the memory of the civilians who died as a result of the Armenian terror.

The guests were informed that Ganja, the second biggest city in Azerbaijan, located far from the war zone, was fired on by Armenia five times by using heavy artillery and rocket systems.

As a result of missile attacks, the historical and religious monuments, educational and medical institutions of Ganja were damaged.

The delegation also visited the Goygol National Park. The guests were fascinated by the mysterious beauty of the unique pearls of nature - Goygol and Maralgol and photos were taken near the lakes.

The visit of the delegation to Ganja continues. 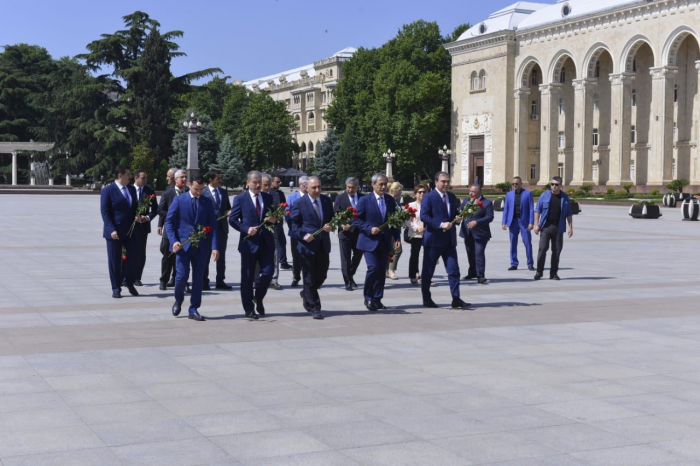 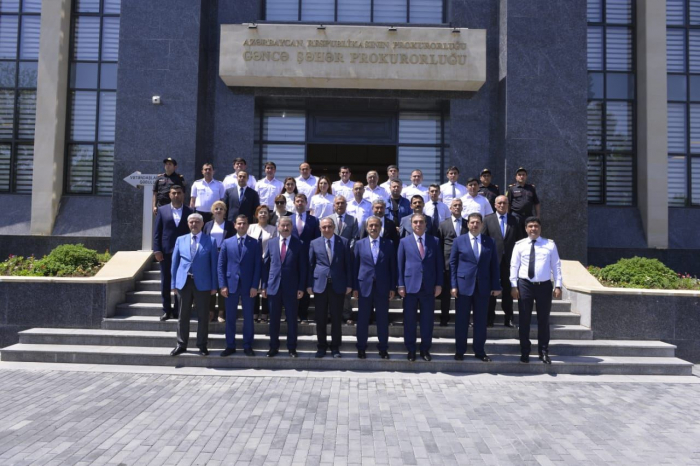 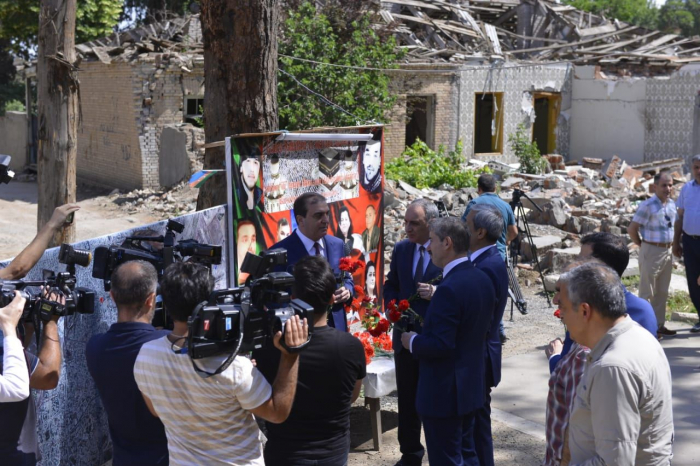 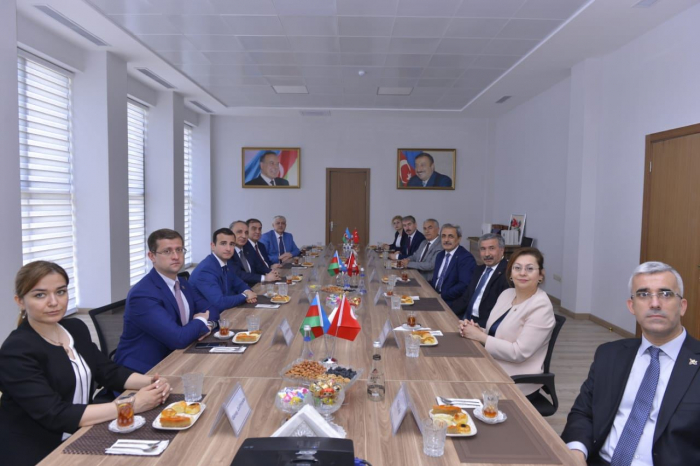 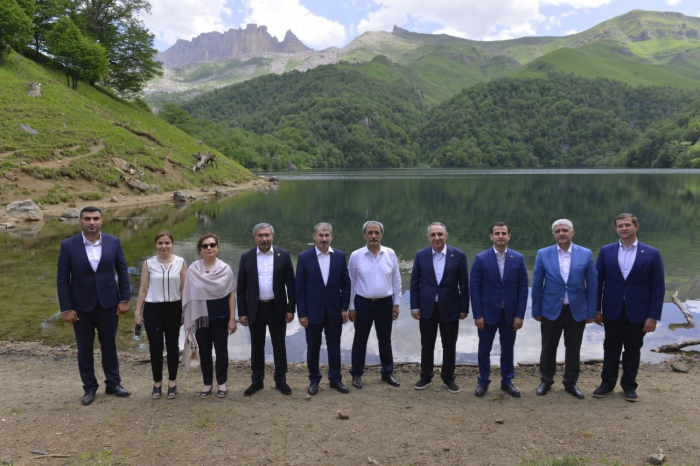