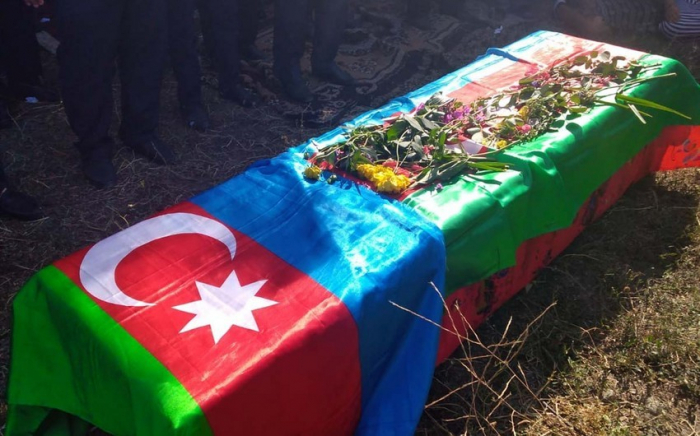 The bodies of another threeAzerbaijani servicemen, who had been missing since the Patriotic War (from late September through early November 2020), have been found and identified.

As a result of the measures taken, the bodies of another three servicemen have been found and recovered, the Military Prosecutor's Office told AzVision.az.

The bodies were examined and identified, and the necessary types of examinations were carried out.  It was revealed that the one of the bodies belongs to Azerbaijan Army serviceman Elvin Mustafayev, born in 1992,  who has been missing for 8 months. He was Ganja citizen, the farewell ceremony is expected to be in Ganja.

The second body belongs to soldier Orkhan Yusubov born in, 1992 in Ganja. He began to take part in battles from the first days of the Patriotic War. He was missing after one of the battles for the liberation of Murovdag.

The third body belongs to Azerbaijan Army serviceman Eldaniz Verdiyev, born in 1999, who has been missing from the first days of the Patriotic War, became a martyr in the battles for the liberation of our lands. The body of a resident of Seyidlar village of Kalbajar district has been found in Murovdag. The farewell ceremony will be held in Goygol district.

Azerbaijan continues to take operational-investigative measures to determine the whereabouts of other missing servicemen, and search teams are currently working intensively.

Currently, 11 Azerbaijani servicemen continue to be reported missing in the Patriotic War.