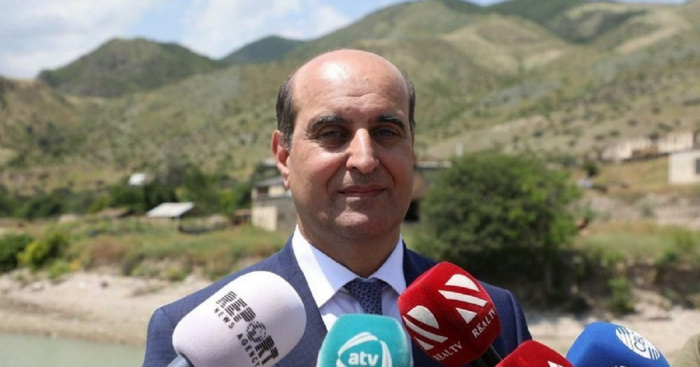 Some 96,000 hectares of land will be possible to irrigate after the restoration of the Sugovushan reservoir in Tartar district, Rafig Aslanov, deputy chairman of Azerbaijan’s Amelioration and Water Management OJSC, AzVision.az reports citing Trend.

According to Aslanov, the process of assessing the damage caused to the territory of Sugovushan village is underway.

“The network is prepared for repair activities. The territory has been cleared of mines. By the end of this year we’ll try to complete the planned work. Now irrigation in these areas is mostly carried out at the expense of sub-artesian wells," added the official.

The village of Sugovushan had been liberated from Armenian occupation during the Second Karabakh war (from late Sept. to early Nov.2020).