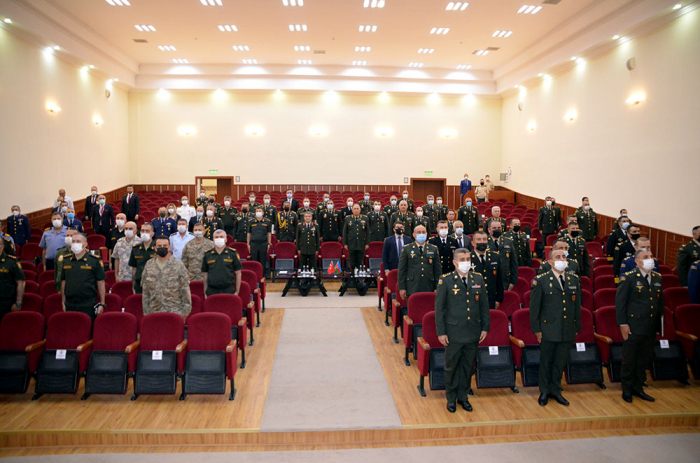 First, the guests got acquainted with the photo exhibition named «Azerbaijan is not alone!», organized in the Heydar Aliyev lecture hall at the Training and Educational Center of the Armed Forces. The photos and video named “Voice of Karabakh” reflecting the historical brotherhood of the peoples of Azerbaijan and Turkey, the cooperation of the armies of the two states aroused great interest among the event participants. The guests were presented with copies of the books "Solemnity of the Azerbaijani-Turkish brotherhood" and "Shehids of the Patriotic War" published by the Ministry of Defense.

The co-chairs delivered the opening speeches and the briefings on the state of the regional security environment were presented at the meeting held with the participation of delegations in an expanded format. Then the meeting continued in the subsidiary working groups.

It should be pointed out that the co-chairman of the meeting from the Azerbaijani side is Lieutenant General Kerim Veliyev, Deputy Minister of Defense, and from the Turkish side – Corps General Selcuk Bayraktaroglu, the Second Chief of the General Staff. 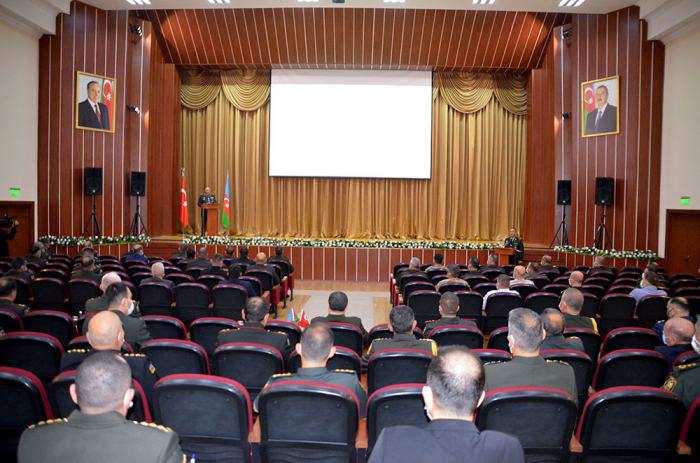 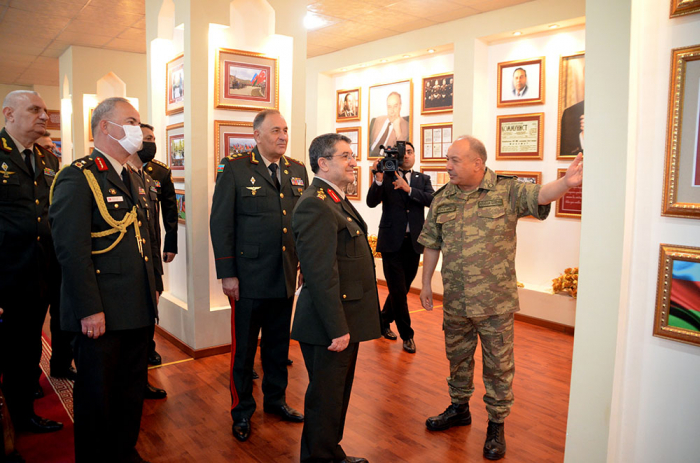