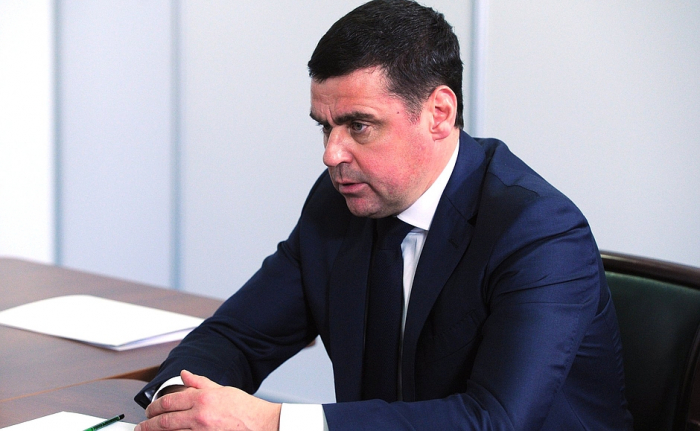 Azerbaijan and Russia’s Yaroslavl region have good prospects for both economic and cultural cooperation, the region’s governor Dmitry Mironov said.

Mironov made the remarks at the St. Petersburg International Economic Forum during discussions with the Chairman of the Russian-Azerbaijani Business Council Alexey Repik, AzVision.az reports.

The governor said last year trade turnover between Azerbaijan and the Yaroslavl region amounted to nearly $8 million, and products from made of ferrous metals, fuel, mechanical equipment, glass and pharmaceutical products, as well as printing and paints and varnishes manufactured in Yaroslavl are of high demand in Azerbaijan.

Mironov noted that a number of promising areas of cooperation between the region and Azerbaijan are reflected in the decisions of the Intergovernmental Commission of the two countries.

"The development of the Yaroslavl region’s foreign trade is a priority task in the implementation of the international cooperation and export national project, and in this regard, the Azerbaijani market is of great interest," the governor emphasized.

Besides, according to Mironov, the regional government is interested in finding investors to create a logistics hub on the territory of the Yaroslavl region for the transportation and storage of products of companies from both sides.

"A promising area of ​​cooperation is also the organization of passenger air traffic between Yaroslavl and Baku, and in August, within the 2nd Caspian Economic Forum, our delegation intends to take part in negotiations with representatives of the Azerbaijani business environment," the head of the region added.

The chairman of the Russian-Azerbaijani Business Council Repik said that the Yaroslavl region is an industrially developed region with good potential for entering foreign markets.

“It’s worth paying close attention to the Azerbaijani market and the attractive conditions existing there for business opening and joint cooperation,” he noted adding that the Yaroslavl enterprises have several proposals for their Azerbaijani partners, and the business council is always ready to support implementation of the agreements.

At the end of the meeting, Mironov and Repik signed an agreement on cooperation between the regional government and the Russian-Azerbaijani Business Council, which will assist in promotion of the regional manufacturers' products to the Azerbaijani market, as well as attract investments from Azerbaijan to the Yaroslavl region.