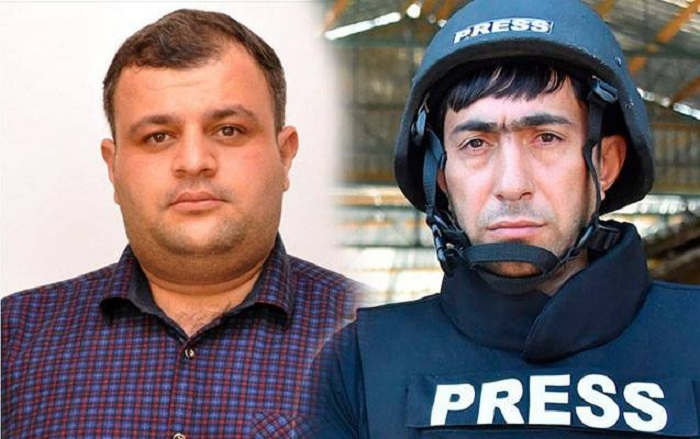 The Azerbaijani Television and Radio Council have issued a statement in connection with the death of journalists in Azerbaijan's Kalbajar district.

According to the statement, journalists of the State News Agency of Azerbaijan (AZERTAC) and Azerbaijan Television (AzTV) operate in the liberated (from Armenian occupation in the Second Karabakh war which lasted from late Sept. to early Nov.2020) territories.

"On June 4, the car, in which the killed journalists were, hit an anti-tank mine planted on the road in the village of Susuzlug, Kalbajar district. As a result, AZERTAC correspondent, Maharram Ibrahimov and AzTV cameraman, Siraj Abishov were killed, and there were wounded,” the statement said.

“May Allah rest the souls of the dead, we express our deep condolences to their families, we wish the wounded a speedy recovery," added the statement.