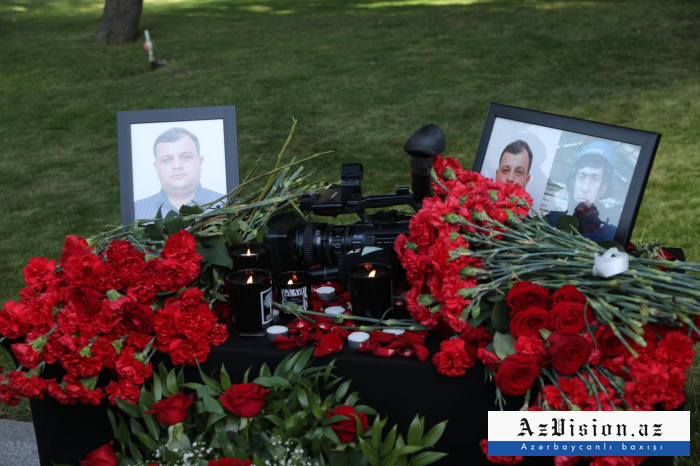 The Agency for State Support to NGOs of Azerbaijan has adopted a statement on the death and injury of media representatives while on duty following a mine explosion in the Susuzlug village of Kalbajar district, AzVsion.az reports.

"On June 4, 2021, at about 11:00, ‘Kamaz’  passenger car with employees of TV channels and news agencies sent to Kalbajar district to carry out their official duties hit a mine in the direction of Susuzlug village of Kalbajar district. As a result of landmine blast near Susuzlug village of the Kalbajar district, media representatives - a correspondent of AzerTaj Maharram Ibrahimov, a cameraman of Azerbaijan Television (AzTV) Siraj Abishov and a deputy representative of the head of the Executive Power of the village Arif Aliyev lost their lives. 4 more were injured.

The Armenian armed forces continue to commit war crimes against our citizens by grossly violating the basic norms and principles of international humanitarian law, especially the requirements of the Geneva Conventions of 1949, by refusing to provide a map of our mined territories. The incident is not only a war crime against civilians, but also an open act of terrorism against media representatives engaged in professional activities.

Having abused Azerbaijan’s humane gesture to give an additional 10 days for the return of occupied Kalbajar district in line with a trilateral statement signed on 10 November 2020, the Armenian side committed a grave crime by massively mining the district while withdrawing. Unfortunately, for that reason, about 130 people have been killed or wounded as a result of mine explosions in the liberated lands since the end of the war.

We call on international organizations, media institutions, as well as organizations defending the journalists’ rights to strongly condemn Armenia’s war crimes and urge Armenia to immediately hand over minefield maps to Azerbaijan.”