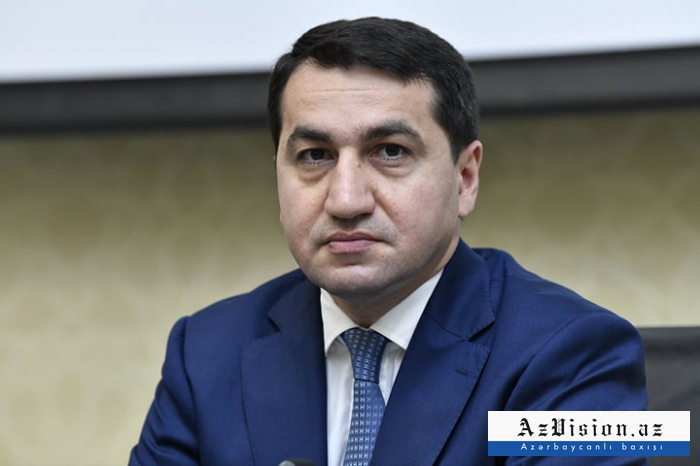 “Journalists of AzTV and Azertag became victims of mine deliberately put by Armenia while withdrawing its troops from Kalbajar,” Hajiyev tweeted. “International institutions are called for solidarity and condemning this incident. Siraj Abishov and Maharram Ibrahimov Rest in Peace!”

While performing the duties in Kalbajar district, 32-year-old AzTV cameraman Siraj Abishov, 39-year-old AZERTAC correspondent Maharram Ibrahimov and one civilian were killed as a result of the mine explosion.

These journalists filmed settlements destroyed by the Armenian Armed Forces in the Azerbaijani lands liberated from the Armenian occupation.