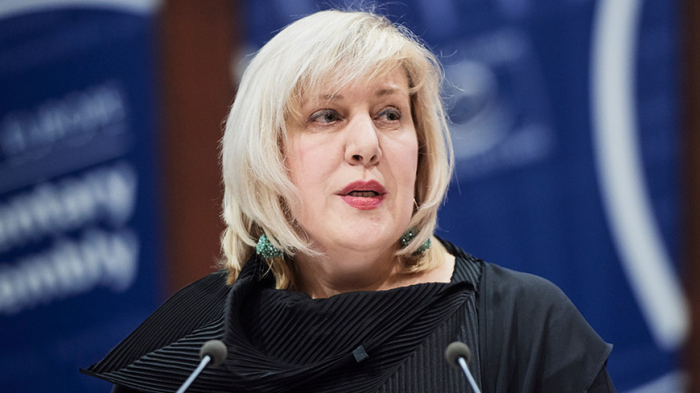 The death of two Azerbaijani journalists as a result of a mine explosion shows the urgent need to demine the areas, Council of Europe’s Commissioner for Human Rights Dunja Mijatovic tweeted, AzVision.az reports.

“The explosion of a landmine which killed three people, including two journalists, and wounded several others in Kalbajar shows the urgent need to demine the areas affected by the conflict in Nagorno-Karabakh, including through international cooperation,” she wrote.