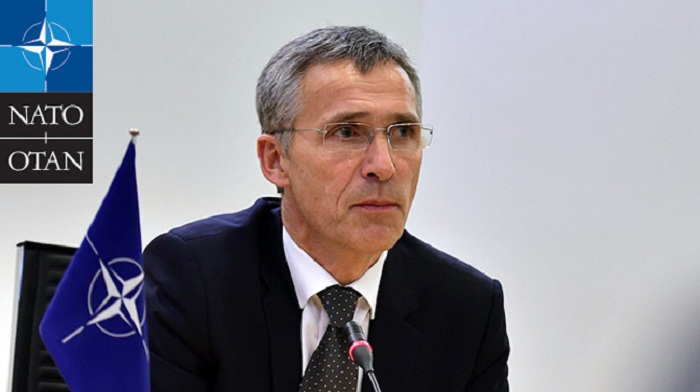 Russian-Chinese cooperation is becoming closer and is "a new dimension and a serious challenge" for the North Atlantic Alliance, NATO Secretary-General Jens Stoltenberg said in an interview with German newspaper Welt Am Sonntag, AzVision.az reports citing TASS.

"We consider that Russia and China have developed closer political and military cooperation lately," Stoltenberg said. According to him, Moscow and Beijing are more often coordinating their steps in international organizations, including in the United Nations.

"By the way, both countries conduct joint maneuvers, long-distance flights of warplanes and maritime operations, and also actively exchange experience in the field of using military systems and control over the Internet," the NATO chief said.

According to Stoltenberg, at the upcoming NATO summit in Brussels a decision will be made on the program of future development NATO-2030, which is aimed at enhancing the alliance and finding an answer to "the changing balance of powers and new challenges in the field of security policy." Among them the NATO chief called "turning China into a self-confident military power, growing Russian aggression, new brutal forms of international terrorism, mounting cyber attacks and nuclear weapons proliferation."

In its relations with Russia, the alliance will stick to the strategy "of containment and dialogue," Stoltenberg noted. "On the other hand, in challenging times we should maintain contact with our neighbor Russia on the issues of arms control and other military and political challenges. If we do not talk to each other, we won’t be able to iron out our differences or improve mutual understanding," he stated.

Touching on China, the NATO chief noted that the alliance’s member-states would seek to boost cooperation with the countries of the Pacific region. China’s rise represents "a fundamental change in the global balance of powers," he pointed out.