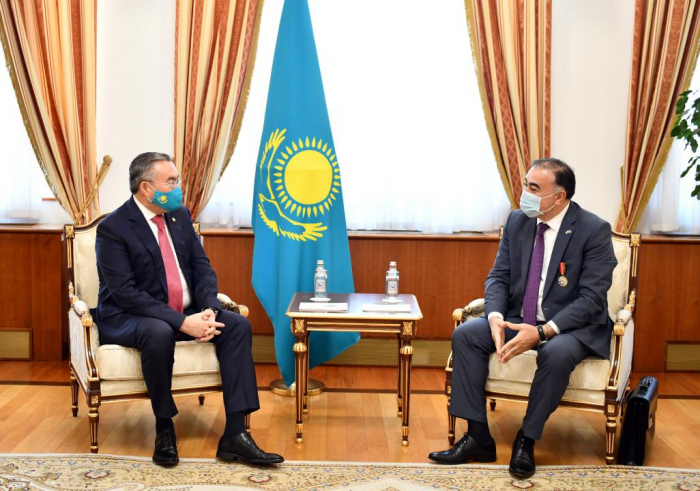 Kazakh Foreign Minister Mukhtar Tleuberdi has received Azerbaijani Ambassador to Kazakhstan Rashad Mammadov on the occasion of the completion of his diplomatic mission, AzVision.az reports citing the Kazakh media.

The Minister spoke about Ambassador's contribution to the development of bilateral political, trade, economic, cultural and humanitarian relations. He said that numerous projects were successfully implemented during Mammadov's 13-year diplomatic career.

In accordance with the decree of the President of Kazakhstan Kasym-Jomart Tokayev, Kazakh FM awarded Rashad Mammadov the Order of "Dostik" (Friendship) of the second degree for his personal contribution to the development of bilateral relations.