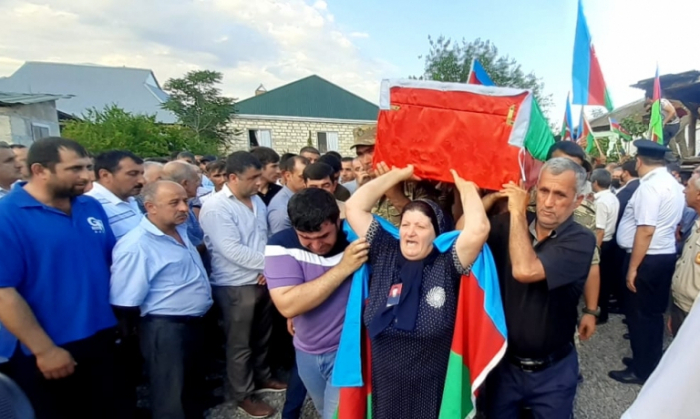 Serviceman of the Azerbaijani Army Akbar Masimov, who died in the 44-day Patriotic War in the direction of Murovdagh(from late September to early November 2020), was buried in Aghdash district on Monday, AzVision.az reports.

Martyr's body had been found after eight months.

The funeral was attended by family members, relatives, leaders of the State Service for Mobilization and Conscription for Aghdash region, executive power and public figures.