Deputies of Bosnia and Herzegovina arrive in Baku 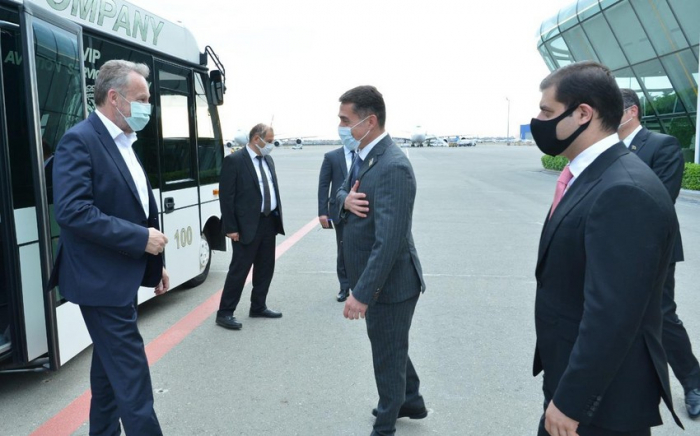 On June 8, the delegation led by Chairman of Nations Chamber of Parliamentary Assembly of Bosnia and Herzegovina Bakir Izetbegovic arrived in Azerbaijan, AzVision.az reports citing the Press and Public Relations Department of the Milli Majlis (Azerbaijani parliament).

First Deputy Chairman of the Milli Majlis of Azerbaijan Ali Huseynli, head of the working group on inter-parliamentary relations with Bosnia and Herzegovina Mazahir Afandiyev and other officials welcomed the guests at the Heydar Aliyev Airport.

Within the framework of their visit, the delegation will hold several meetings with Azerbaijani officials. The sides will exchange views on issues of mutual interest.

The visit of the delegation will continue until June 10.