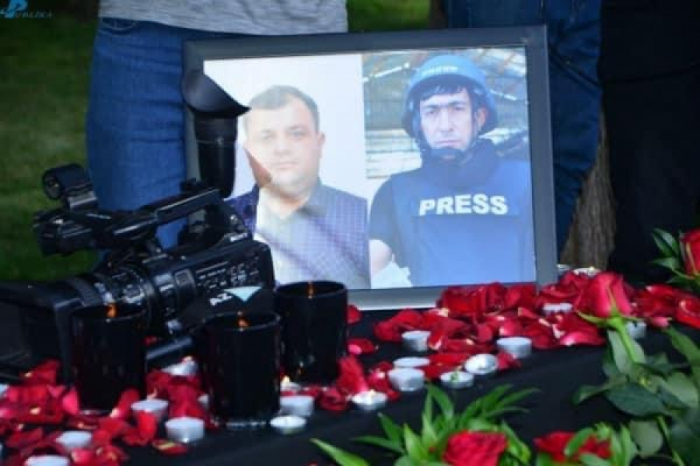 President of the International Turkic Culture and Heritage Foundation Gunay Afandiyeva has expressed deep regret over the deaths of Azerbaijan Television operator Siraj Abishov and correspondent of the State News Agency of Azerbaijan AZERTAC Maharram Ibrahimov, as well as the deputy representative of the head of the Executive Authority for Susuzlug village of Kalbajar district Arif Aliyev, who were blown up by a mine while performing their duties in Kalbajar district, and expressed condolences to the families of the victims, as well as to the management and teams of AZTV and AZERTAC.

“Despite the end of the war, the Armenian side has not yet transferred the maps of mined territories to Azerbaijan, as a result of which more than 100 people became victims of these acts.

This is not only completely contrary to the norms of international law, but also constitutes a monstrous crime against the world media.

The International Turkic Culture and Heritage Foundation strongly condemns all terrorist acts leading to the death of innocent people, and stresses the importance of taking an objective position in this situation.

The Foundation calls on the international media not to remain indifferent to the tragedy in Kalbajar and to demonstrate solidarity,” the condolences say.