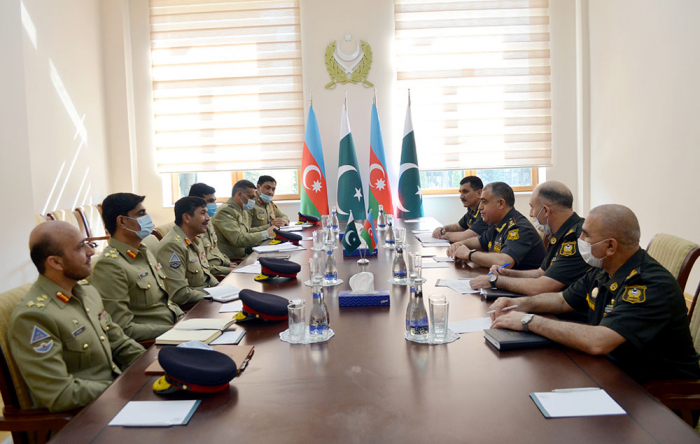 On June 9, the Ministry of Defense of the Azerbaijan Republic hosted the meeting between the Deputy Chief of the General Staff of the Armed Forces of Azerbaijan - Chief of the Main Operational Department Lieutenant General Ayaz Hasanov, and the delegation led by the Director General Military Operations (DGMO) of the Pakistani Army, Major General Nauman Zakaria, AzVision.az reports citing the press service of Azerbaijan's Defense Ministry.

The sides exchanged views on ensuring operational interoperability between the various types of troops and units of the armies of the two countries, planning and conducting joint operational exercises, as well as discussed other aspects of mutual interest.