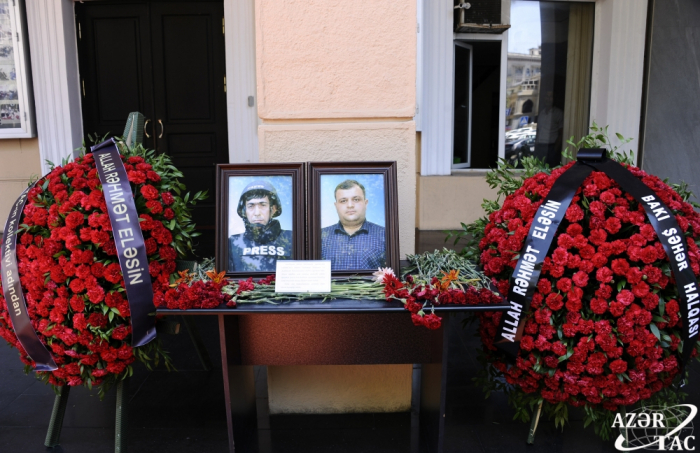 A ceremony to commemorate the journalists – a correspondent of Azerbaijan State News Agency (AZERTAC) Maharram Ibrahimov and a cameraman of the Azerbaijan Television (AZTV) Siraj Abishov, who were killed as a result of mine explosion while fulfilling their professional duties in the liberated from occupation Kalbajar district has been held at AZERTAC.

Addressing the ceremony held outside the building, AZERTAC Chairman of the Board Aslan Aslanov highlighted the victory achieved in the Patriotic War under the leadership of President of Azerbaijan, victorious Commander-in-Ilham Aliyev, as well as the activity of the Azerbaijani media to cover the glorious path to Victory. It was noted that members of the film crew dispatched to the liberated territories, including Maharram and Siraj, were carrying out an extremely necessary and selfless mission. The journalists’ deaths by a landmine planted by an insidious enemy is both heavy and irreplaceable loss not only for their colleagues, but also for the whole country's media. The memory of martyred journalists will forever live in the souls of their colleagues.

Maharram Ibrahimov's colleagues shared their memories of him. The, participants laid flowers at the portraits of martyred journalists Maharram Ibrahimov and Siraj Abishov installed in front of the AZERTAC building.

The employees of the Azerbaijan State News Agency (AZERTAC) and Azerbaijan Television (AZTV) were filming the liberated territories when they hit a mine in the village of Susuzlug of Kalbajar district on 4 June. AZERTAC correspondent Maharram Ibrahimov and AZTV cameraman Siraj Abishov, as well as the representative of the Kalbajar district Executive Authority, Arif Aliyev, were killed when their vehicle hit the anti-tank mine. Four people were seriously injured and hospitalized. 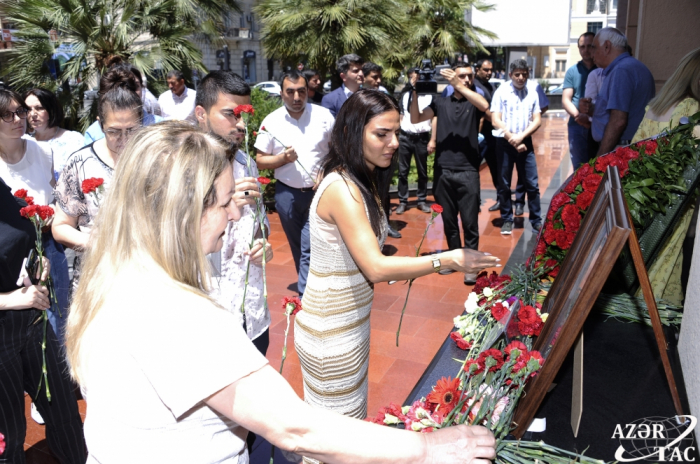