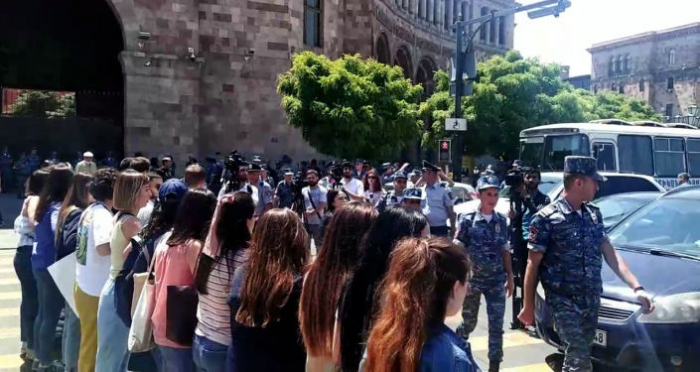 Armenian special forces detained about 10 representatives of the youth organization of the Dashnaktsutyun party during the rally against acting Prime Minister Nikol Pashinyan, AzVision.az reports.

"During the military operations in the Nagorno-Karabakh, we wanted to show all the betrayals of Nikol Pashinyan. We held a peaceful demonstration, but the police started to arrest our friends. These young people fought for the" homeland "during the war," said Kristina Vardanyan, a spokeswoman for the bloc.