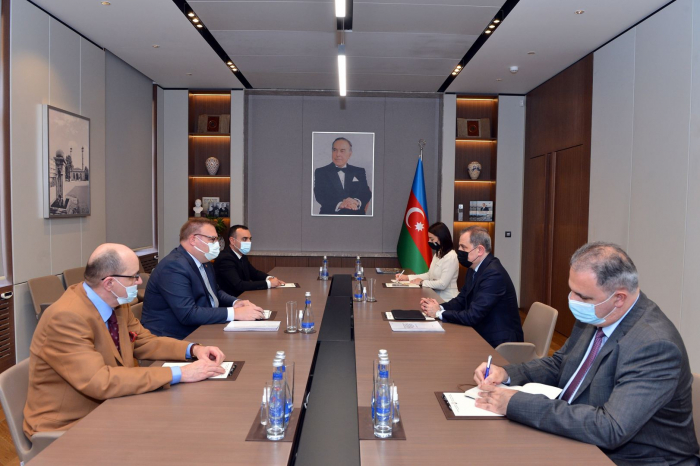 Bayramov greeted Kastratovic and wished him success in his future endeavors.

The Azerbaijani minister noted with satisfaction the relations based on mutual respect and support between Azerbaijan and Montenegro.

The existing cooperation between the two countries, as well as within international organizations was stressed. Favorable conditions for the expansion of bilateral cooperation were emphasized.

Bayramov informed Kastratovic about the post-conflict situation in the region, the implementation of the trilateral statements, steps taken by Azerbaijan in this regard, as well as restoration and construction activities in the liberated territories.

With the elimination of the occupation factor, the possibility of normalization of relations between the two countries was stressed.

Kastratovic stressed that his country attaches importance to relations with Azerbaijan.

The sides exchanged views on the development of bilateral relations in energy, tourism, humanitarian and other fields, exchange of mutual visits, holding the next round of political consultations, and other issues of mutual interest.