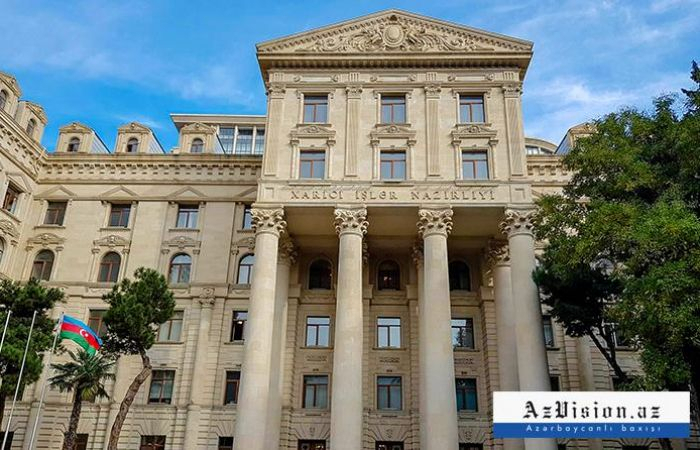 The Azerbaijani government welcomes the decision of the European Court of Human Rights (ECHR) to reject the demand for the immediate release of 11 Armenian citizens currently held in Azerbaijan, Leyla Abdullayeva, spokesperson for the Azerbaijani Foreign Ministry, said.

Abdullayeva made the remark in response to the journalists’ question in connection with the decision of the ECHR to reject the demand for the immediate release of 11 Armenian citizens held in Azerbaijan, AzVision.az reports on June 11.

"The Armenian side, referring to Rule 39 of the ECHR Regulations, made two attempts to release the detainees, but both appeals were rejected," the spokesperson said.

"The appeal of Armenia ignores the rights and obligations of Azerbaijan, enshrined in international law, to prosecute people suspected of violating domestic legislation and international law, as well as committing heinous war crimes," Abdullayeva said. "The decision of the ECHR emphasizes this right."

"Armenia's call for the immediate release of those detained is equal to a call on the Azerbaijani government not to respect the rule of law," the spokesperson added. "We are committed to these principles, and, as established by the ECHR, these people will remain in custody until the end of the criminal prosecution."

"As is known two of those whom Armenia demanded to be released immediately - Ludwig Mkrtichyan and Alyosha Khosrovyan are currently under judicial investigation on charges of torture against Azerbaijani citizens," Abdullayeva said. "Adhering to the established principles of international and domestic law, Azerbaijan, in accordance with its rights and obligations, intends to complete this criminal prosecution."

"I would also like to stress that Azerbaijan has fulfilled all the requirements related to the condition of these people," the spokesperson said. "The meetings of the detainees with representatives of the International Committee of the Red Cross and the Commissioner for Human Rights (Ombudsman) were organized, medical documents on their state of health were presented, including those of six soldiers detained by Azerbaijani servicemen on May 27."