US welcomes release of 15 Armenian detainees by Azerbaijan - Secretary Blinken 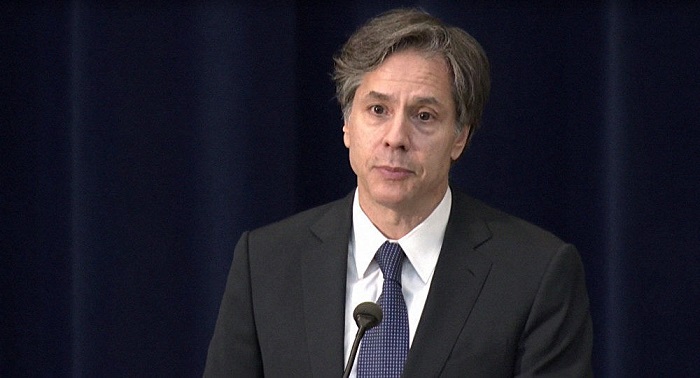 The US welcomes the release by Azerbaijan of 15 Armenian detainees, US Secretary of State Anthony Blinken said, AzVision.az reports citing Blinken’s Tweeter.

“We're grateful to the Government of Georgia for its vital role facilitating discussions between the sides. Such steps will bring the people of the region closer to the peaceful future they deserve,” he wrote.

On June 12, Azerbaijan returned 15 detained Armenians back to Armenia with the participation of Georgian representatives on the Azerbaijani-Georgian border on June 12, 2021, in exchange for providing the Azerbaijani side with maps of 97,000 anti-tank and anti-personnel mines in Azerbaijan’s Aghdam district, liberated from Armenian occupation.