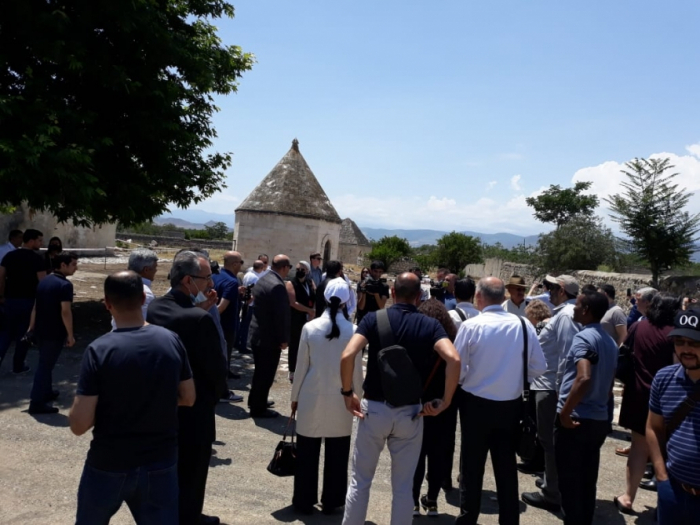 As part of their visit to the liberated Aghdam city of Azerbaijan, the foreign diplomats viewed the remains of buildings demolished by Armenians on the central street of Aghdam district.

They were thoroughly informed about the damage caused by Armenians to Aghdam’s cultural heritage, including the Aghdam State Drama Theater, AzVision.az reports.

It was noted that the remains of the theater building will be showcased in an open-air museum to be built in Aghdam. 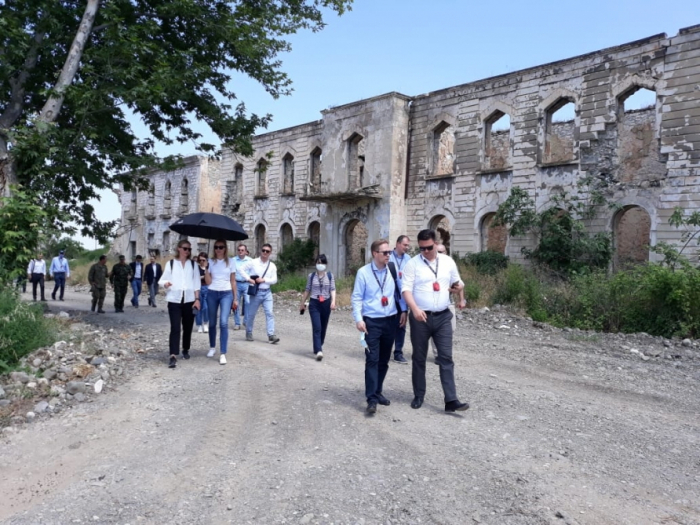 Representatives of the diplomatic corps accredited in Azerbaijan visited the Imarat palace complex in Aghdam, where the Palace of Panahali Khan, the founder of the Karabakh khanate, is located.

The foreign diplomats were informed about the Imarat palace complex.

It was noted that one of the historical buildings vandalized by Armenians in Aghdam district is the Palace of Panahali Khan, the founder of the Karabakh khanate.

Like other historical, cultural and religious monuments in the occupied territories, the Palace of Panahali Khan was insulted and vandalized by Armenians. The palace was used by Armenians as a stable to keep animals there. 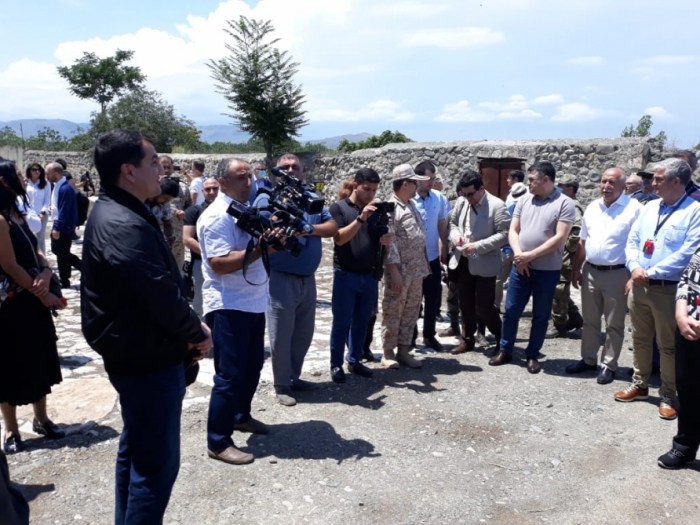 The Imarat cemetery, located near the Khan's palace and where many members of the Karabakh khan dynasty are buried, is a living witness to the atrocities and vandalism committed by Armenians.

The tombs of Panahali Khan, Ibrahimkhalil Khan and Mehdigulu Khan, as well as the gravestone of Khurshidbanu Natavan, the daughter of Mehdigulu Khan are also located here. 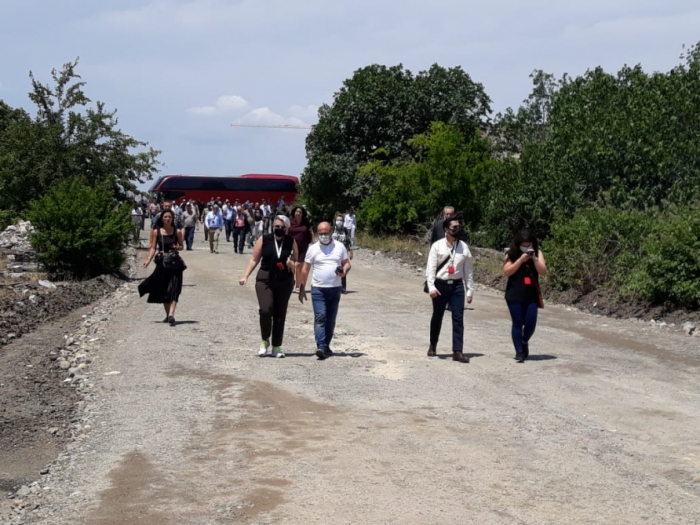 The visit of representatives of the diplomatic corps accredited in Azerbaijan to the country’s territories liberated from the Armenian occupation continues.

During the visit, the foreign diplomats will be thoroughly informed about the destruction of settlements, historical and cultural monuments as a result of the Armenian occupation, and acts of vandalism committed in the previously occupied Azerbaijani territories. They will also view the ongoing reconstruction work in Aghdam.