Building modernism over the heritage - OPINION 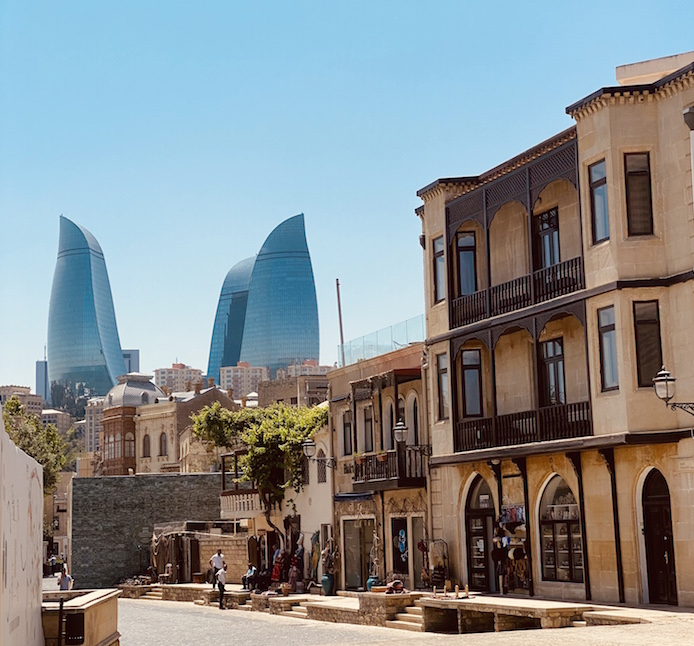 I opened my unrested eyes to another hot summer morning of Baku, a city which I should call my home, but somehow my soul never felt being a part of this modernized, culturally separated Caucasian city. Maybe I lost myself between West and East as my hometown got messed up through the propagation of western culture and erasing it’s eastern heritage. But, this fact is not actually surprising, because the most successful one should always be imitated, otherwise, surviving in tough competition seems harder for many opponents. But, unfortunately, the result is still unchangeable. Because most of the time followers either copy the wrong characteristics of their successors or are way behind on their achievements which makes success far beyond reality. The question then arises- why do all these rich cities choose a poor strategy to wage a war on their rivals exactly with the same gun they have already used against us. 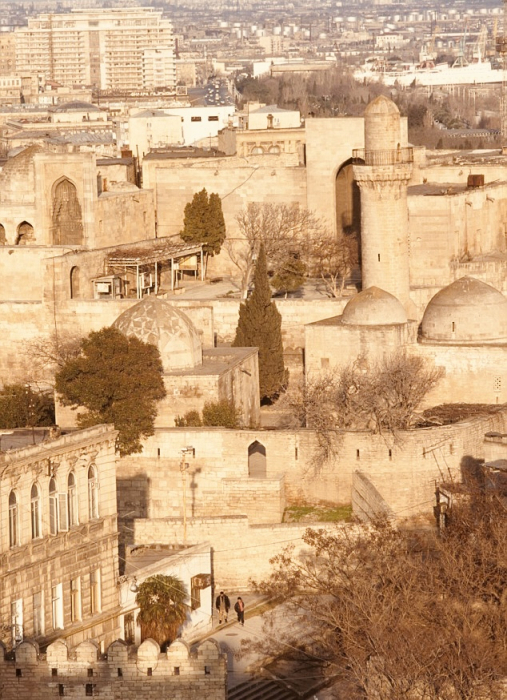 It is bizarre to try to win someone through their expertise. Then why yet we don't see the value of our internal capability, why do we want to become like them when we keep failing to imitate them in a natural way. Everyone knows the value of being original, then why are we losing it? Our buildings become more glassy, automated, covered with cold metals and a highly modernized society who wants to wear completely nothing, nakedness and insolence turned out to be new modernity. Lately, fashion has become all about opening everything apart from the closed minds. Sandy colours of my hometown have lost their warmth, the same applies to its citizens, Baku becoming cold-blooded cruel land that belongs neither to the West nor to the East.

A decade ago, about 15 years before contemporaneity fully arrived in my hometown, the Old Town, also called Icheri Sheher, was still enjoying its historical appearance. We would run there to feel the heritage, culture, priceless architecture, and to be proud of our ancestors' ancient lifestyle traces which left us an inimitable treasure. The rising sun would play shadows on beautifully lined up old sandy buildings, the fresh breeze of the Caspian Sea would caress its guests and the sound of the past would tell fairytales of ancient times. The magical surroundings would enchant everyone to forget the present and travel to the past, to the roots of this nation. And for a minute, we could remember who we are in all means, to feel the legacy of centuries, to breathe the air of unity, to cherish the inheritance of our nationality and land. 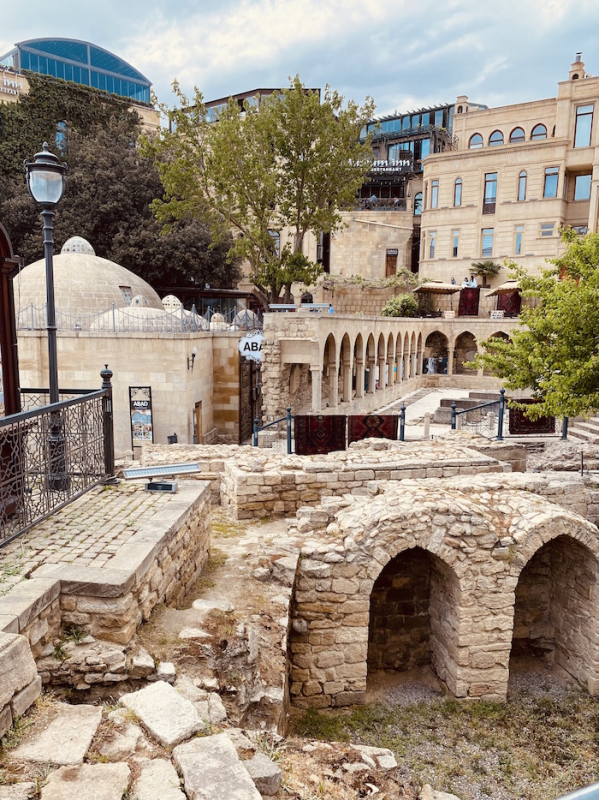 Unfortunately, it feels not only years or decades are apart from these times but, centuries have passed since we started washing the history of this land- the land of fire and wind, land of simplicity and hospitality, land of art and craftsman, land of culture and traditions, land of academics and nobility. When did all these starts disappearing or losing their originality? When did we forget who we are? Or when did we choose to change our heritage and shift to this fake modernity? 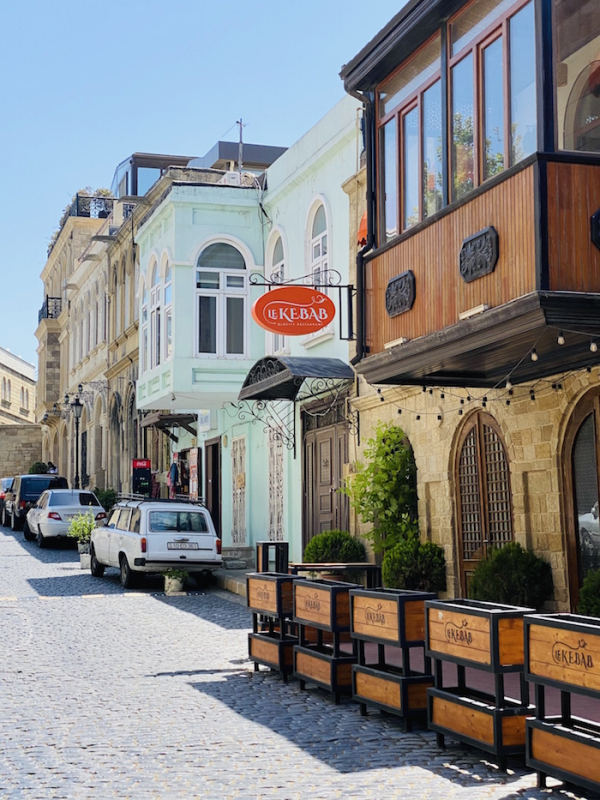 It is extremely painful to see the picture of contemporary Baku, which lost its historical uniqueness. Unmatching colours are playing on our horizons, nature disappeared from the lives of kids, tall buildings closed the skies, the air of the city vanished between pollution of cars and dust of endless constructions, a noise of rush occupied all the corners of this peaceful city. We are all in a hurry to reach the misunderstood innovative transformation of living conditions through dispelling customs and traditions. The result is floating nationality with the high risk of sinking in the shallow waters of trendiness. It is undeniable that there are some success stories behind new architectural masterpieces that brought another look to my city. There are many famous, well-planned, highly valued pieces of infrastructure projects in Baku to which we can’t close our eyes or disapprove of their existence because of failure in many other parts of the city. But the bitter reality is the majority of failures washing out the fewer success stories.

Nowadays, taking a short walk in the Old City- which was known to be the heart of Baku heritage would not give you an impression of the past or traces of Azeri ancestors. Mostly, it will open doors of endless restaurants and cafes that have replaced the smell of sand and sea with the smoke of barbecue or shisha. Every other corner is another fine art piece of occupation of highly appraised modernism over our national identity. It is not surprising to see full tables with modern Azeri girls- we call them bloggers of our disappearance, taking pictures of momentable stories for their followers which are clapping to the death of culture, destruction of national values, the arrival of meaninglessness under the cover of openness. 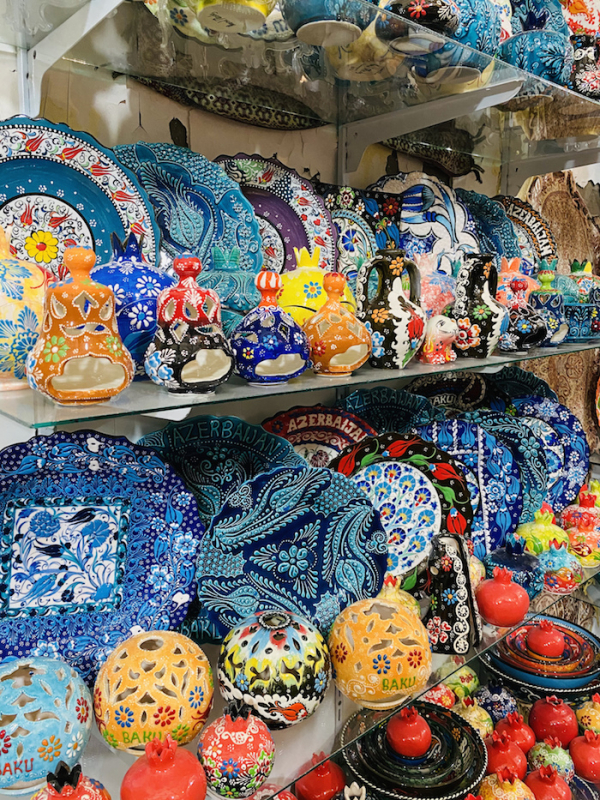 It is hard to find art galleries nowadays as every corner being turned to the food corners or shops that are selling Chinese or Turkish handmade arts. Tourists that are looking to buy souvenirs would find it confusing as the majority of these souvenirs are either Turkish pottery or Chinese low-quality imitation, what is definite is that they can’t find a piece of us, piece of Baku, it’s culture and traditions which even we are looking for under big collapse of our uniqueness under the ruling modernity. 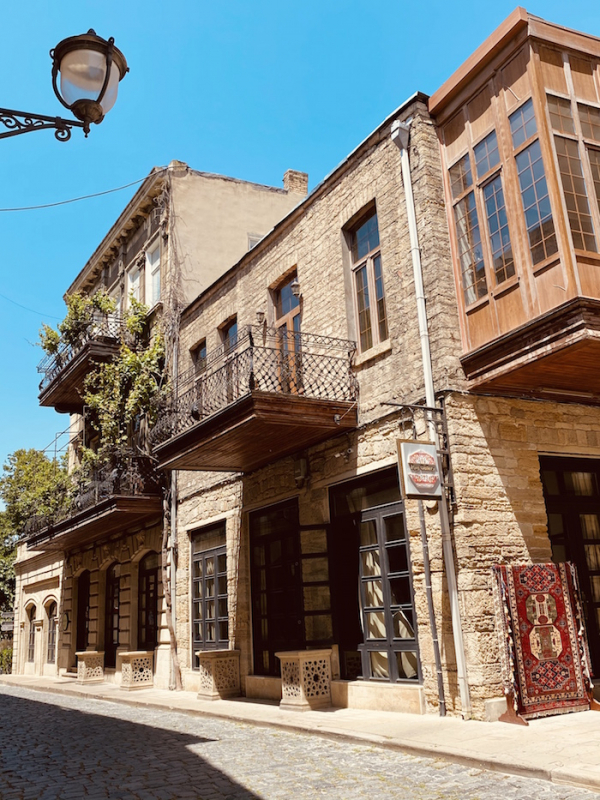 My words might sound offensive or aggressive for most people because I have not yet seen any protesting look in the eyes of happy citizens of my land. We love to accept, it is in our blood to say yes before saying no, it is our habit to think french style cafes are cooler than living memory of our past. There is no silence to hear the sound of the walls of the fortress that were built to protect the invasion of capital from foreign occupiers, as unacceptable as it was lost in front of an internal attack. Now when we are looking outside the walls of Icheri Sheher, it is unsure if the smoke of restaurants obliterated the majestic posture of Fortress Wall or if it is the smell of food making our minds full and leaving our souls hungry for the flavours of magical past. The only sure thing is that we lost the originality of the nation by introducing a money-based culture that killed the art and architecture of the land of my ancestors…….. 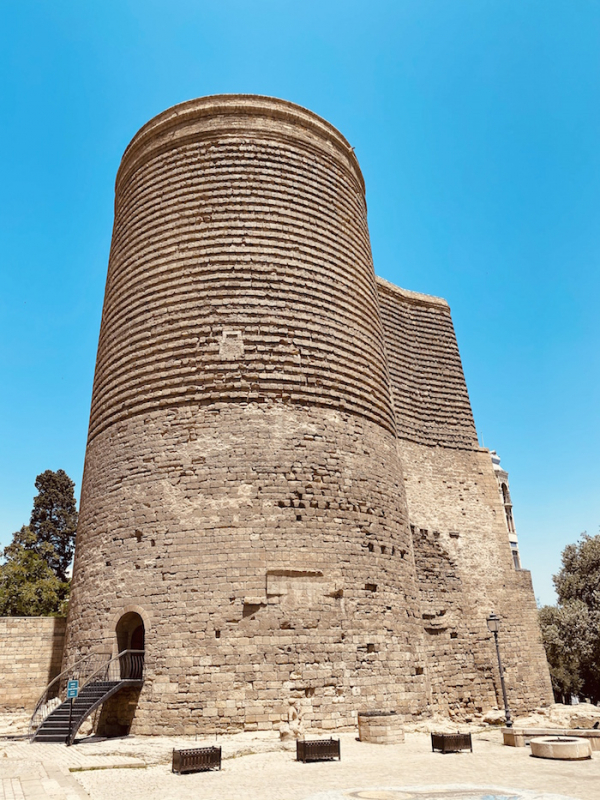 Shah Selimi Tùrkay is a Former Researcher at the Queen Mary University of London.