Has the Covid-19 pandemic affected our memories? -  iWONDER 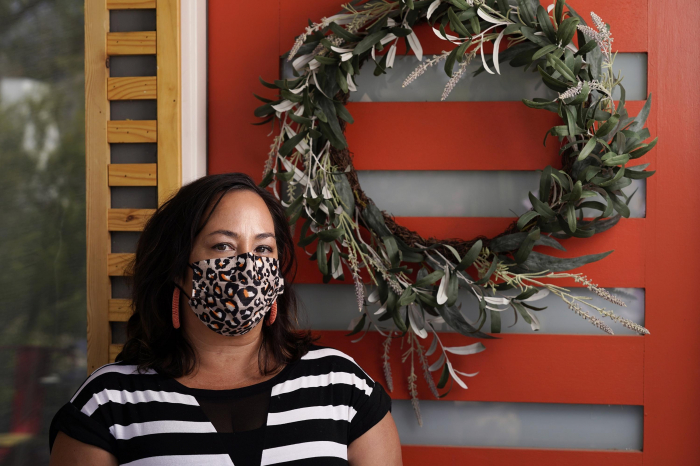 Has your memory got worse during the pandemic? The data is in.

In November 2020 I wrote a feature about us becoming more forgetful during the Covid-19 pandemic. My starting point was anecdotal reports from people telling me that their memories seemed to be letting them down more often during the lockdowns.

In the feature, I spoke to a memory researcher, Catherine Loveday, who is a professor of cognitive neuroscience at the University of Westminster. We discussed the various factors that could be at play, but at that stage, there wasn't any data quantifying how common this sense of impaired memory might be.

Now, thanks to Loveday, we have the data. It's currently being prepared for academic publication, but on the psychology show that I present on BBC Radio 4, she gave me a sneak preview of the results.

In her research, Loveday used the Everyday Memory Questionnaire which asks respondents to give subjective ratings of how different aspects of their memory have performed recently (something we're better at than you might think). It asks questions like these:

Did you forget to tell people something important?

Did you start reading something, only to realise that you've read it before?

For this study of our memory in the Covid era, people were asked whether, for each question, they believed their memory had improved, stayed the same or got worse during the pandemic. And the data did appear to back up the anecdotal evidence.

While a few lucky people felt their memory had improved, 80% of the people who took part, said that at least one aspect of their memory had deteriorated, a significantly higher percentage that we would normally expect to see.

We do have to remember that some of these participants had responded to a call on social media, for people to complete a questionnaire on memory failings during the pandemic. In other words they were a self-selecting sample who might have taken part for this reason. But not all the participants were recruited that way and the results are similar, regardless of how they came to take part.

The most common change was forgetting when an event or incident happened, which 55% of people said was happening to them. This suggests the pandemic has affected our perception of time, which is hardly surprising. When I examined the literature on time perception in my book Time Warped it was clear that some memories come with what's referred to as a time-stamp. When memory is distinctive, vivid, personally involving and becomes a tale we have recounted many times since, we can pinpoint that memory exactly in the timeline of our life.

But most events in our lives are not like this and so we struggle to place them precisely in time. This issue has been particularly true for many aspects of the pandemic. Of course, you probably remember when you first heard we were going into lockdown or (if you're lucky enough to have had one) when you had a vaccination. But not much else vivid and distinctive (or interesting to anyone else) has happened in more than a year.

Our range of activities has been very restricted – online meetings, walking, television, yet another meal at home. Days, weeks, months have merged into one. Last Wednesday feels very much like the previous Monday, and it's very hard to know even in which month you might have gone walking in a particular park, let alone the exact day.

I was interested to see that the next most common category where people said their memories had got worse was in remembering the right word to say in a sentence. This is known in psychology at "the tip-of-tongue phenomenon". We all experience it from time to time and it happens more often with names. (Usually, the name it comes back to us later on, when it's too late. "Oh yes, he's called Tom!")

Why this forgetfulness about words should have increased during Covid-19 restrictions is not clear, but it could simply be explained by the fact that many of us have been working from home alone or even distanced in a workplace, and we've therefore had fewer opportunities to talk with other people in person in the past year or so. We're out of practice at social interaction.

Other common memory difficulties revealed by the new data were forgetting you were told something or forgetting to do things you said you'd do. The most likely explanation for this is a lack of cues in the external environment. Instead of travelling into work, moving about in an office, going to other places for meetings and bumping into people constantly, some of us have been mainly confined in one room at home, staring at the same screen for endless online meetings. When people were getting out more, they'd pass the room where they had a certain meeting or see someone walk past the desk, the sort of cues that remind us that, yes, we need to do a report for the next meeting or tomorrow is that friend's birthday.

It's notable that most of the distinctive memories, the sort that come time-stamped or that we tend to remember, involve events that take place outside, which might fit in with the hypothesis that when we are away from home, the hippocampus in our brain becomes more active, possibly in a bid to make sure we can always find our way back. By contrast, if our lives become more confined, activity in this part of the brain that is so crucial for autobiographical memory is likely to reduce.

It follows that in this new research on memory during the lockdown, one of the biggest predictors of how good people felt their memories were, was how much they had moved around during the day. People who got out and about and into different buildings, or who were able to go from room to room, reported fewer memory difficulties.

The other big factor – more surprisingly at first sight – was gender. Women were more likely to say their memory had worsened. What could account for this? It seems women had higher scores because they experience more negative changes in their work situations, their relationships and higher rates of overall stress. This fits with other studies which have shown women being harder hit by lockdowns.

Loveday also asked people to describe a notable memory from their life in lockdown. People were far more likely to choose memories from April 2020, early in the first lockdown in the UK than during later lockdowns. Certain themes came through strongly including spending time in nature, beginnings and endings such as new jobs, births, leaving jobs and funerals. People were also likely to describe doing normal things with friends or family but in an unusual way. One participant talked about playing table tennis with her mum dressed in gloves and a mask. The good news is that these so-called episodic memories were very detailed. "I would see this as an indication that the memory systems are not 'broken' as such," Loveday concludes, "but just not firing on all cylinders all the time."

This suggests that when life gets busier again, for those of us without cognitive impairments, the old cues will be there and our effective memories should return. Soon, like other aspects of this strange and sad year, increased forgetfulness will fade from our minds.