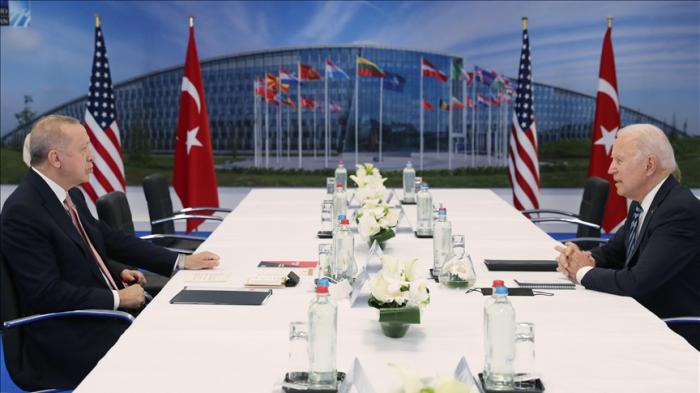 President Recep Tayyip Erdogan presented a book on Turkey’s counter-terrorism efforts to the leaders he met at the NATO summit on Monday, AzVision.az reports citing the Turkish media.

Erdogan held one-on-one meetings with heads of states and governments on the sidelines of the summit in Brussels.

He presented the book, Turkey’s Fight Against Terrorism, which tells about the country’s efforts against the YPG/PKK, Fetullah Terrorist Organization (FETO), and Daesh/ISIS, to US President Joe Biden, British Prime Minister Boris Johnson, and German Chancellor Angela Merkel.

The book, prepared in English by Turkey’s Communications Directorate, comprises three chapters, one for each terrorist organization.

It stresses that Ankara expects its allies to respect its sovereignty right as well as its sensitivity for security. It also urges them to concretely stand with Turkey in its fight against terrorism.

The book, through documents of international reports, also highlights some Western countries' support for YPG/PKK under the pretext of fighting Daesh/ISIS terrorists.