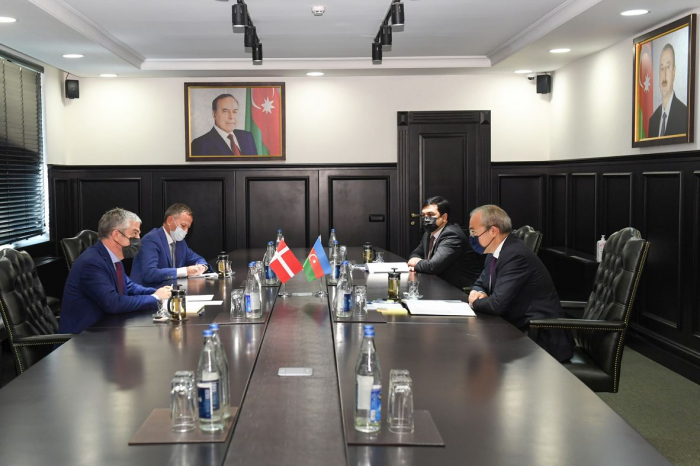 Jabbarov congratulated the ambassador on his appointment and expressed confidence that his activities would contribute to the expansion of cooperation between Azerbaijan and Denmark.

During the meeting, the Azerbaijani minister invited Danish companies to take advantage of the favorable business and investment climate, transport and logistics potential of Azerbaijan

The economy minister also noted the interest of Azerbaijan in the expansion of relations with Denmark and the importance of strengthening treaty and legal basis for the development of cooperation.

“Trade is one of the key directions of the partnership between our countries. In 2020, trade turnover between Azerbaijan and Denmark surged more than 2 times compared to 2019. Moreover, the international Danish companies such as Carlsberg and Maersk operate in our country,” the minister said.

In the course of the meeting, Jabbarov informed the ambassador about reforms carried out in Azerbaijan, the development of the non-oil sector and of the digital economy, national priorities of the socio-economic development.

In turn, Annan noted Denmark’s interest in the expansion of relations with Azerbaijan and said that will strive for enhancing bilateral economic cooperation during his diplomatic efforts.