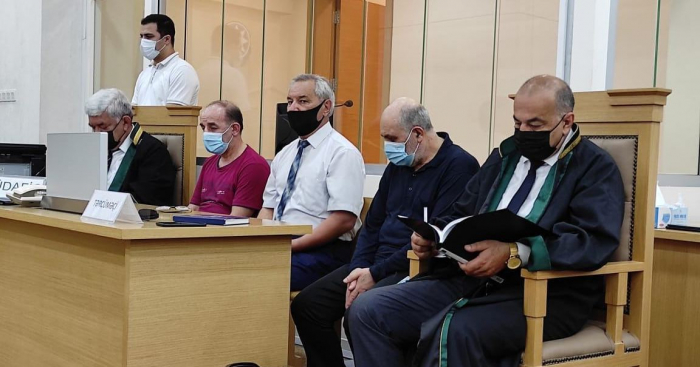 Rzayev made the remark at the trial on the criminal case of Armenian war criminals Ludwig Mkrtychyan and Alyosha Khosrovyan, who tortured Azerbaijani captives during the first Armenia-Azerbaijan Nagorno-Karabakh war and committed other crimes, AzVision.az reports on June 16.

The former Azerbaijani captive said that he was severely wounded in Aghdam, after which he was taken, hostage.

“Mkrtychyan beat the Azerbaijani captives with the butt of a machine gun and an iron bar,” Rzayev said.

"We dragged stones,” the former Azerbaijani captive said. “We were starved to death, there was no strength to work. Mkrtychyan beat me with the butt of a machine gun, demanding to work faster. We were beaten in turn. A group of five people tortured us every week. They left, new ones came. I still have scars from numerous blows on my head."