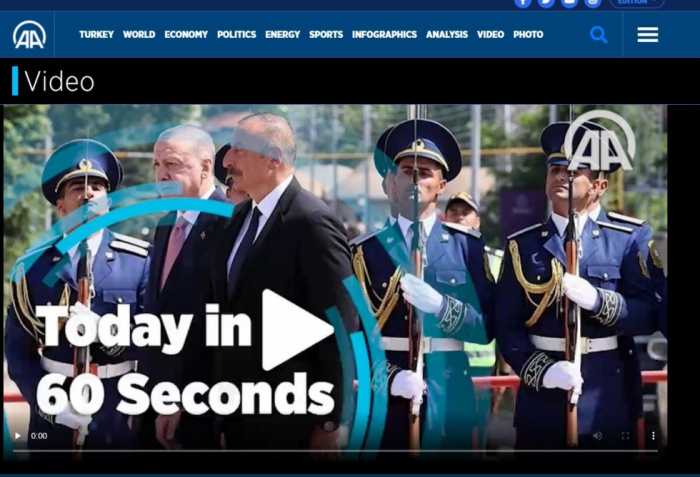 The Turkish Anadolu Agency has widely covered President Recep Tayyip Erdogan's visit to Azerbaijan, President Ilham Aliyev’s welcoming him in Fuzuli district, as well as the one-on-one meeting of two countries’ presidents, signing of the Shusha Declaration, musical composition presented in the cultural capital of Shusha and other important points of the visit.

The Anadolu Agency’s traditional "Today in 60 seconds", which highlights main headlines of the day, featured some excerpts from the Turkish President’s historic visit to Azerbaijan in Turkish, English, Russian and other languages.

“Azerbaijan has resolutely liberated its lands from the Armenian occupation and is implementing a fundamental strategy for the Great Return,” the report said.

The agency also spread a number of videos and photos clearly highlighting that the Shusha Declaration signed by the presidents of Azerbaijan and Turkey is the base of brotherhood, unity, solidarity, and a guarantee peace and development. 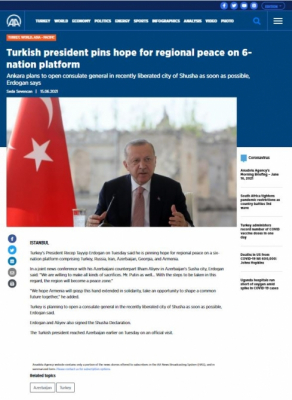 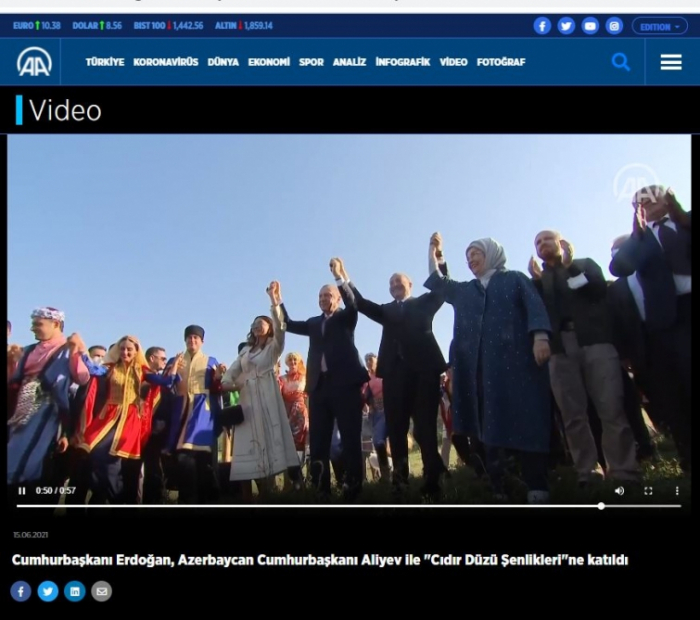