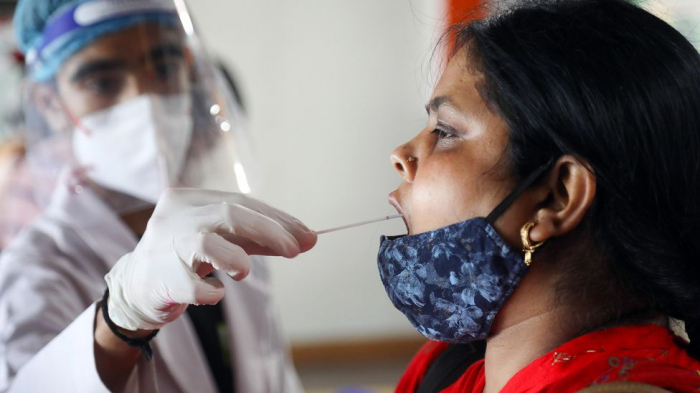 Without herd immunity (or something close to it) in Japan, hosting the Tokyo Summer Olympic and Paralympic Games is a risky bet. Prime Minister Yoshihide Suga could win big if there is no new wave of infections, but that doesn't change the fact that he is willing to gamble with people’s health, livelihoods, and lives.

In 2020, Asia – especially East Asia – was often touted as a model of effective pandemic response. While Western countries endured harsh lockdowns and soaring infection and death rates, Asian countries largely kept the coronavirus under control. But the tables have turned, with East Asia now lagging far behind the United States and Europe on vaccinations. This does not bode well for this summer’s Olympic and Paralympic Games in Tokyo.

Why is Japan lagging so far behind the rest of the OECD? For starters, the government was late in securing purchase agreements with vaccine producers, not least because the Ministry of Health, Labour, and Welfare was reluctant to provide rapid emergency approval to the new vaccines.

Japan has a history of controversy over vaccine side effects. For example, the government approved human papillomavirus vaccines in 2009 and listed them for regular administration in 2013. Just two months later, the government withdrew its recommendation to use the vaccine in girls, after a series of alleged adverse post-immunization events stoked public concerns about the vaccine’s safety.

During the COVID-19 crisis, the authorities insisted that a clinical trial for vaccines be conducted in Japan before approval, even though large-scale randomized controlled trials, involving more than 40,000 people, had already been undertaken elsewhere. The Japanese clinical trial provided little useful information: it involved only 160 people and researchers checked only for antibodies, not asymptomatic infections. Yet it delayed the immunization drive by three months.

Another obstacle for Japan’s vaccination program is the rule that only medical doctors and nurses may administer doses. The US began with a similar rule, but municipalities quickly expanded eligibility to include dentists, veterinarians, emergency medical technicians, and clinical laboratory technicians. In New York, pharmacists, dental hygienists, podiatrists, and other medical workers and medical students are eligible to administer jabs.

The COVID-19 crisis has laid bare systemic inequities that will have to be addressed if we are ever going to build more sustainable, resilient, and inclusive societies. Join us on June 23, 2021, for our latest live virtual event, Back to Health: Making Up for Lost Time, where leading experts will examine the immediate legacy of the pandemic and explore solutions for bringing all communities and societies back to health.

So, while New Yorkers return to pre-pandemic life, Japanese are facing a new surge of COVID-19 infections and lockdowns. On April 25, the government declared a state of emergency in Tokyo and the Osaka area – the third since the pandemic began. The state of emergency – which requires, for example, that restaurants close at 8:00 p.m. and prohibits the sale of alcohol – was subsequently expanded, and now encompasses ten prefectures. Eight more are under a softer lockdown.

While the state of emergency is scheduled to be lifted on June 20, this may have to be pushed back, given the painfully slow decline in coronavirus infections. Even if it is lifted as expected, there is no guarantee that another wave will not demand new lockdowns soon. With the Olympic Games scheduled to be held from July 23 to August 8, and the Paralympic Games from August 24-September 5, such a wave could be more like a tsunami.

During the Games, a significant share of Tokyo’s medical resources will be diverted away from the COVID-19 response, in order to meet the needs of competitors and their supporting staff. Moreover, a huge number of people from all over the world will travel to Tokyo – potentially bringing dangerous coronavirus variants with them. It should come as no surprise that 83% of Japan’s residents now oppose holding the Games as scheduled.

Prime Minister Yoshihide Suga’s administration has attempted to assuage people’s fears, pledging to bring in additional medical resources and keep all visitors in a “bubble” that covers hotels, event facilities, and transportation between them. But opposition parties accuse the government of failing to produce a convincing safety plan. And, after more than a year of strict rules and sharp reversals, the public is unconvinced. It does not help that, just 38 days before the opening ceremony, the government still has not decided whether to allow spectators into the Olympic Stadium.

The Suga government’s best hope for regaining the public’s trust is to scale up its vaccination drive rapidly. This will require, among other things, expanding significantly the number of people permitted to administer doses. But even if Japan follows the trajectory of the US, which was in the position Japan is in today four months ago, it will not achieve widespread vaccination until about mid-October – long after the Olympic and Paralympic athletes have gone home.

Without herd immunity (or something close to it) in Japan, hosting the Tokyo Games is a risky bet. Suga could win big: if the Games are a success, and infections do not rise, he is more likely to be re-elected as the leader of his Liberal Democratic Party, at which point he might even call a snap general election. But that doesn’t change the fact that he is willing to gamble with people’s health, livelihoods, and lives.

Takatoshi Ito, a former Japanese deputy minister of finance, is Professor of Economics at the School of International and Public Affairs, Columbia University, and Senior Professor at the National Graduate Institute for Policy Studies, Tokyo University.