No plans for next Putin-Biden meeting yet, Kremlin says 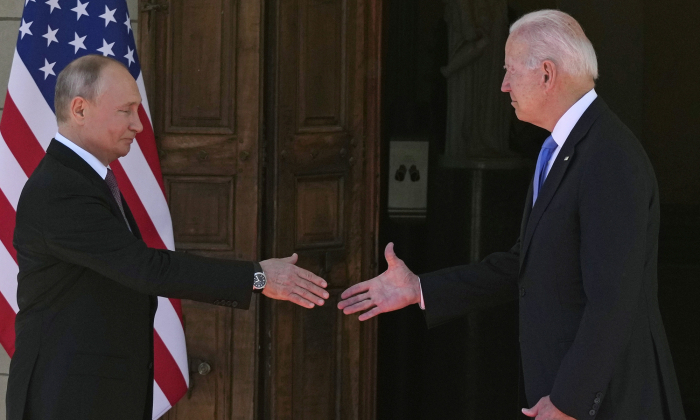 Holding the next meeting of the presidents of the Russian Federation and the United States, Vladimir Putin and Joe Biden, has not yet been discussed, there are no plans yet, Russian presidential spokesman Dmitry Peskov said on Thursday in an interview with the Echo of Moscow radio station, AzVision.az reports citing TASS.

"Unknown," Peskov replied when asked when the next summit might take place. He clarified that the possible timing of such meeting was not discussed.

"If necessary, the presidents can easily speak on the phone. But meetings are also needed as such dead-end issues that need to be discussed at the highest level accumulate," Peskov said. However, according to him, "there are no plans for organizing the new summit yet."

Answering a question about whether such meeting could take place before the end of the year, the Kremlin spokesman said, "We live in a pandemic world". "Nobody sets long-term plans for personal meetings," he added.