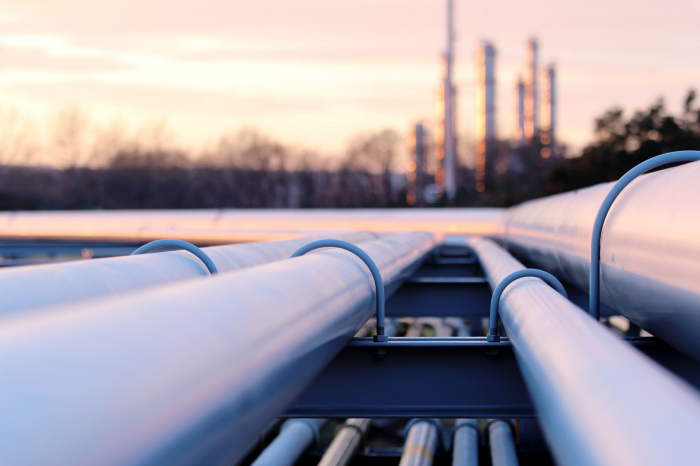 The Trans-Caspian Pipeline is intended to transport Central Asia’s vast natural gas resources to European energy markets via the Southern Gas Corridor. It stands to significantly change Central Asia and Europe’s energy map, Dr. Robert M. Cutler, Senior Research Fellow and Director in the Energy Security Program at the NATO Association of Canada, and Shahmar Hajiyev, Senior Advisor at the Center of Analysis of International Relations, report in their article for  The National Interest.

The Trans-Caspian Pipeline (TCP) is intended to transport Central Asia’s vast natural gas resources to European energy markets via the Southern Gas Corridor (SGC). It is the most economically viable way to connect energy-rich countries in Central Asia with the European energy markets. The importance of the TCP lies in how the pipeline changes Central Asia’s energy map: it exports natural gas by bypassing Russia and Iran. However, there were previously two main barriers to the TCP: the Caspian border dispute between the five littoral states and the position of Iran and Russia that any projects in the Caspian Sea have to be agreed upon between all Caspian littoral states.

The last four years, however, have seen the most remarkable and dynamic changes in the Caspian and South Caucasus regions. On August 21, 2018, after twenty years of negotiations, five Caspian littoral states—Azerbaijan, Kazakhstan, Turkmenistan, Russia, and Iran—finally signed the Convention on the Legal Status of the Caspian Sea. Following this, Azerbaijan and Turkmenistan opened a new page in bilateral relations, culminating in their January 2021 Memorandum of Understanding (MoU) on joint exploration and development of a disputed offshore field, which Azerbaijan had called Kepez and Turkmenistan had called Serdar. The two countries finally agreed to rename the field “Dostluk,” meaning “friendship” in both Turkmen and Azerbaijani languages. Also, at the end of 2020, the ambitious Southern Gas Corridor to supply natural gas from the Caspian Sea directly to Europe was completed.

The key obstacles to the TCP’s construction have now been overcome. The Caspian Convention provides that undersea pipelines may be constructed by countries involved in the project without requiring others to first approve. Officially, Moscow and Tehran still argue that any undersea pipeline must be agreed upon between all Caspian littoral states. They refer in this connection to the Framework Convention for the Protection of the Marine Environment of the Caspian Sea (Tehran Convention) signed in November 2003, but the way in which the Caspian Convention invokes the Tehran Convention does not make this a serious hurdle.

The Azerbaijani-Turkmen MoU on the joint development of the offshore “Dostluk” field has opened new opportunities for energy cooperation in the Caspian Sea, raising hopes for the realization of TCP. Azerbaijan has already completed the SGC, and during January-April 2021 954 million cubic meters (mcm) of Azerbaijani gas were supplied to European energy markets. Italy purchased the largest share of Azerbaijani gas, approximately 734 mcm, and 128 mcm and 92 mcm have been delivered to Greece and Bulgaria, respectively. The TCP would be an eastward extension of SGC, increasing the latter’s capacity in the future.

An energy deal between Turkmenistan and Azerbaijan will create the backbone for transportation of Turkmen energy sources via Azerbaijan’s existing energy infrastructure. To export natural gas and crude oil from this offshore field to the West would be economically viable and, therefore, promotion of the TCP should be in the European Union’s interest as well as Turkmenistan’s. The pipeline would diversify both the demand for Turkmenistan’s natural gas supplies and give European energy consumers access to Central Asia’s vast energy resources.

Gas exports play a crucial role in Turkmenistan’s socio-economic development. The country’s national program for developing its oil and gas industry aims to increase the annual production of natural gas to 250 billion cubic meters (bcm), of which more than 70 percent will be for export. Turkmenistan does not at present have many opportunities for diversification of export routes. Its gas is exported mainly to China via the Central Asia-China pipeline. In January 2021, Turkmenistan exported 2.786 bcm of natural gas to China, which amounted to nearly 60 percent of pipeline gas supplies. In 2020, the Central Asia-China pipeline delivered over 39 bcm of natural gas to China.

Russia was the major buyer of Turkmen natural gas until the 2009 explosion of the main natural gas pipeline between them. Gazprom renewed small purchases afterward but stopped them entirely in 2016. Only in 2019 did Gazprom sign a five-year contract to import natural gas from Turkmenistan, but only at the volume of 5.5 bcm per year (bcm/y). Reduced gas sales have hit Turkmenistan’s export revenues. Delay in implementing the Turkmenistan-Afghanistan-Pakistan-India Pipeline (TAPI) is another problem for the country, so the lack of diversified export routes indeed represents a serious challenge for Turkmen gas exports.

The recent increase in global natural gas prices reveals the issue’s importance. Completion of the Southern Gas Corridor from Azerbaijan to Italy should encourage Turkmenistan and Europe to further promote the TCP. Delivering natural gas westward via Azerbaijan’s existing energy infrastructure would be economically beneficial because it could decrease Ashgabat’s high dependence on a few export routes.

The “Dostluk” energy deal between Azerbaijan and Turkmenistan has opened a new era for energy cooperation in the Caspian Sea. This cooperation can create a backbone for the TCP and strengthen energy security in the region. Developments in the European natural gas sector make the diversification of gas supply sources and routes a crucial factor. The EU and the United States should use this opportunity to increase their support for Turkmenistan’s participation in the SGC. There is already legislation on the books in the United States that enables the State Department to assist the project’s realization in material ways.

Azerbaijan has changed the region’s geopolitics after the Second Karabakh war. Now, opening transport links and strengthening regional economic integration are significant for peace and development. The TCP project holds extremely important potential for promoting peace, security, economic cooperation, and development in the South Caucasus. At the same time, it can satisfy the EU’s energy requirements in the most economical way, and without contravening the principles of the European Green Deal.  Also, the TCP would enable Armenia to buy gas from Turkmenistan; alternatively, Armenia could be supplied through the Georgian pipeline system if the TCP is constructed through the established Azerbaijan-Georgia-Turkey route.